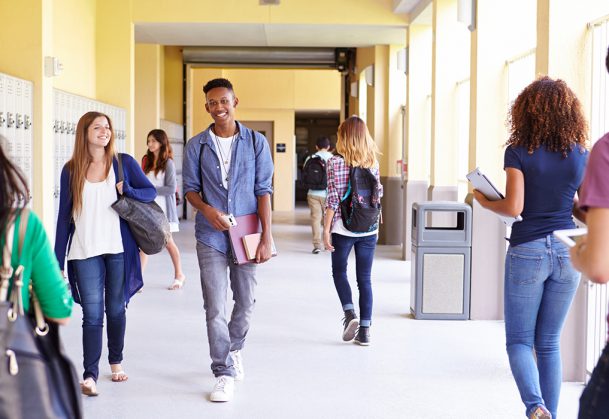 Parents often go to great lengths to ensure that their children attend top schools, surrounded by high-achieving peers who often come from advantaged backgrounds. But data collected from individuals over a span of 50 years suggests that these aspects of selective schools aren’t uniformly beneficial to students’ educational and professional outcomes in the following decades.

“Above and beyond students’ individual capabilities and their family background, more selective schools provided both benefits and risks to students, which translated into real-world differences in their careers years later,” says lead researcher Richard Göllner of the University of Tübingen. “Specifically, being in a high school with a higher average socioeconomic background benefited students later on, whereas being in a school with a higher average achievement level harmed students later on.”

Göllner and colleagues were interested in understanding how the composition of a school can influence student outcomes, especially given that previous research seemed to yield mixed results. Researchers who examined the average socioeconomic status of a student body found that higher socioeconomic status tended to be associated with better student outcomes. Those that examined average academic achievement, on the other hand, found that higher achievement was often associated with worse outcomes.

“In light of these two contradictory lines of research, it is difficult to answer the question that often lies at the root of families’ decisions to move into areas with the ‘best’ schools,” the researchers note.

They decided to examine the two school characteristics – socioeconomic status and achievement – together in one study to determine the unique contribution that each aspect makes to students’ short- and long-term outcomes.

The researchers examined data from Project TALENT, a nationally representative, longitudinal study that followed American high school students over five decades. In that time, the participants completed a variety of measures that assessed their academic competencies, family background, and life outcomes.

Göllner and colleagues specifically analyzed data from 377,015 participants from 1,226 high schools, examining their performance on standardized achievement tests, their socioeconomic background, and their educational expectations. For available participants, they also examined participants’ actual educational attainment, their income, and their professional standing 11 years and 50 years after the initial assessment.

Above and beyond the influence of individual characteristics and family background, students who attended socioeconomically advantaged high schools tended to complete more years of schooling, earn higher annual incomes, and work in jobs with greater occupational prestige compared with peers who attended less advantaged schools.

Taking these associations into account, the researchers found that students who attended high-achievement schools tended to have lower educational attainment, income, and occupational prestige 11 and 50 years later.

“The permanent comparison with high achieving peers seemed to harm students’ beliefs in their own abilities and that was associated with serious consequences for their later careers,” Göllner explains.

In future research, Göllner and colleagues hope to identify teacher-related factors that might buffer against the harmful effects of social comparison.

“We want to figure out what teachers can do to make sure that students’ positive beliefs in their own academic capabilities are not harmed by being surrounded by high-achieving peers,” says Göllner.

This research was supported by the Baden-Württemberg Ministry of Science, Research, and the Arts and the LEAD Graduate School & Research Network, which is funded within the framework of the Excellence Initiative by the German state and federal governments (GSC 1028).

The complete Open Practices Disclosure for this article is available online. This article has received the badge for Open Materials.

The problem with macro studies is that moderators and mediators get lost in aggregation and group assignment. This makes me quite skeptical of both results and tentative conclusions. Some schools encourage careers in low-pay jobs like teaching school, public defender, social worker, or nurse. Others, like Georgetown Prep smugly aim to produce national leaders.

I attended a Catholic prep school. It was the most formative experience in my 71-year life. 90% of us felt we were average despite having passed an entrance exam to get in. Maybe 15% came from upper-middle-income families. The rest were solid middle-income. I know this because I have visited the homes of all 126 classmates while in school.

I am not aware of anybody behaving as if they were intimidated or unworthy. Quite the opposite. We pulled for one another. About 1/4 of my classmates, maybe a bit more, retired with doctorates, nearly half with graduate degrees. All but 2 or 3 did not complete college due to disabling psychiatric disorders.

Everybody in our class respected everybody else – even 53 years later – we admire career achievements regardless of prestige or wealth. Several of my HS pals chose to teach grammar or high school, others were ordained clergy. Psychology, law, education, and medicine accounted for over half of us. Even at our 50th reunion, I saw no evidence of wealth or achievement lorded over others. One classmate even shared the concern that his wealth might put off classmates. It didn’t.

So was my school, my experience the exception? I doubt it. Life is more complicated than the periodic crucibles in which we are nurtured.