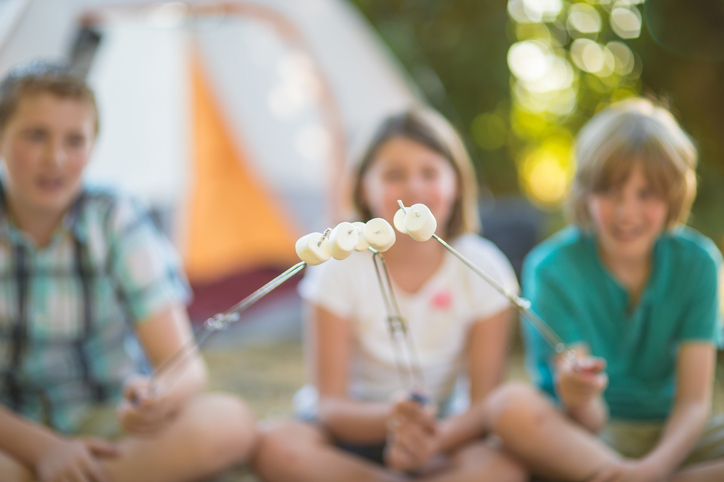 Children are more likely to control their immediate impulses when they and a peer rely on each other to get a reward than when they’re left to their own willpower, new research indicates.

The findings appear in Psychological Science. The researchers say their experiments are the first to show that children are more willing to delay gratification for cooperative reasons than for individual goals.

For their study, researchers Rebecca Koomen, Sebastian Grueneisen, and Esther Herrmann, all affiliated with the Max Planck Institute for Evolutionary Anthropology, used a modified version of the “marshmallow test,” a classic psychological experiment designed to examine young children’s ability to delay gratification. In the classic experiment, preschool children were led into a room where a marshmallow or other treat was placed on a table. The children were told they could either eat the treat right away, or they could wait until the experimenter, who had to step out of the room, returned, in which case they’d receive a second treat. About a third of the children were able to wait for the second treat for up to 15 minutes.

In their new research, the researchers paired up more than 200 5- and 6-year-olds and had them play a brief balloon toss game to get comfortable in the testing environment. They then put the partners in separate rooms and placed a cookie in front of each of them. Some partners were assigned to a solo condition and only had to rely on their own self-control to earn a second cookie, much like the traditional experiment. Others were placed in a cooperative condition in which they received a second treat only if both they and their partner waited until the experimenter returned. Waiting in this condition was therefore risky and indeed less likely to result in a second cookie because children had to rely both on themselves and their partner to refrain from eating. The authors called this the interdependence condition. To identify any cultural differences in the responses, the researchers tested children at a laboratory in Germany and went to schools in Kenya to test children of the Kikuyu tribe.

Across both conditions, Kikuyu children were more likely to delay gratification compared to their German counterparts. But across the two cultures, significantly more children held off on eating the first cookie in the interdependence condition compared with the solo condition.

“The fact that we obtained these findings even though children could not see or communicate with each other attests to the strong motivational consequences that simply being in a cooperative context has for children from early on in development,” Grueneisen said.

The research team suggest that children from a young age develop a sense of obligation towards their social partners.

“In this study, children may have been motivated to delay gratification because they felt they shouldn’t let their partner down,” Koomen said, “and that if they did, their partner would have had the right to hold them accountable.”

Might the conclusions also indicate that the pairs acted out of a fear of judgement? Only seeing the short version of this study may be skewing my perspective, but it would seem that students who are alone act out because no one is watching them, where in the pairs, they are being watched and judged by the peer. The philosophy of innate goodness resulting in the “right” choice rather than the “wrong” choice is impacted by who we think is watching. It can be argued that it is the power of religion because “God” is always watching and therefore we are more inclined to the “right.”

They were not watched by the other pair members. So the interesting question becomes, “Did they realize their partners would understand that they didn’t wait as they, the partners, themselves didn’t get the second treat, regardless of the partner’s behavior?” As to whether their motivation was altruistic or fear of being found guilty, that doesn’t seem to be answered in the description given.