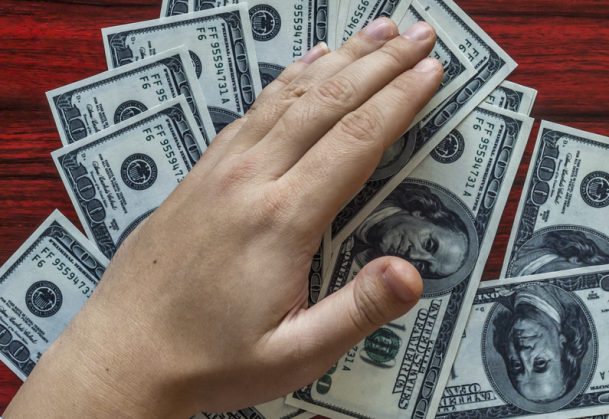 “Our research shows that subjective feelings of wealth or poverty motivate people’s attitudes toward redistribution, quite independently of objective self-interest,” says psychological scientist and study co-author Keith Payne of the University of North Carolina.

The research reveals that feeling relatively wealthy not only led participants to oppose redistribution, it led them to view anyone who disagreed as blinded by self-interest.

“These findings are important because they suggest a mechanism by which inequality may lead to increases in political polarization and conflict,” Payne explains. “Peoples’ support for tax and welfare policies depends on how well off each person feels at that moment.”

While it seems logical that people would support whichever wealth distribution policy enhances their own bottom line, research consistently shows that the association between actual household income and attitudes toward redistribution is weak. Lead author Jazmin Brown-Iannuzzi of the University of North Carolina, Payne, and colleagues speculated that perceived socioeconomic status, how people judge their status relative to those around them, might be the more influential factor.

Indeed, an online survey of adults revealed that the more well-off people felt relative to most people in the US, the less supportive they were of policies that involved redistribution of income from the wealthy to the poor. Importantly, support for redistribution wasn’t related to participants’ actual household income or level of education.

And the results from a second online study provided further experimental support for the link. Participants who were given feedback suggesting they had more discretionary income than “similar” peers showed less support for redistribution and reported being more politically conservative (less liberal) than those who were told they were worse off than their peers.

In two additional experiments, participants were induced to feel wealthy or poor according to their performance in an investing game. Some performed “better than 89% of all players,” watching their assets rise and then dip by 20% due to income redistribution. Others performed “worse than 89% of all players,” seeing their assets dip before receiving a bonus through redistribution.

When asked how they might improve the rules for future participants, the “poor” players seemed to be satisfied with the existing rules, while the “wealthy” players preferred significantly less redistribution.

And the players’ perceived status seemed to affect their broader political views. “Wealthy” players viewed inequality in the game, and the American economic system as a whole, as more fair than did “poor” players. And they viewed those who recommended increasing redistribution as more biased.

“When people were made to feel wealthier, they not only opposed redistribution but they also began endorsing more conservative principles and ideologies in general,” says Payne. “They began to see the world as a fair and just meritocracy. And this was all the result of a simple five minute manipulation of relative comparisons to others.”

These findings suggest that feelings of subjective wealth drive people’s attitudes toward redistributive policies, and that they shift to ideological positions that justify these attitudes. Thus, the social comparisons we make on a daily basis may end up having consequences for our political preferences.

Study co-authors include Kristjen B. Lundberg and B. Keith Payne of the University of North Carolina and Aaron C. Kay of Duke University.

This research was supported by the Russell Sage Foundation (Grant 83-13-06).

This is how the 2016 republican election was won. There was much attention towards those few who abuse welfare, and emphasis on the people lower in status than 2nd rung voters made them feel wealthy.