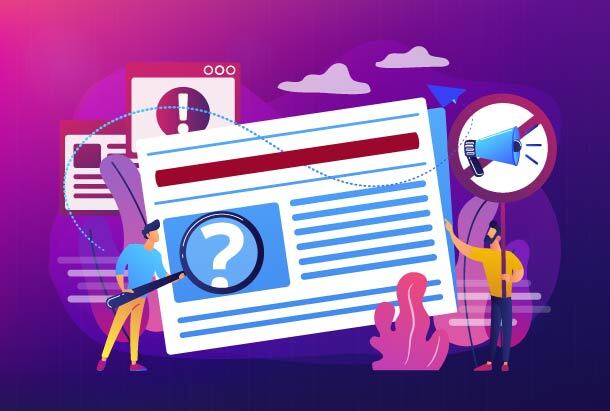 Summary: New research suggests that people who use the term “fake news” to discredit information from largely legitimate news sources may do so partly to satisfy their need to see the world as an orderly and structured place rather than solely to express their political or personal ideology.

The term “fake news” has been widely used to refer to deliberately misleading or false news stores that are created to spread disinformation for nefarious purposes, like the manipulative propaganda of totalitarian regimes. More recently, the term fake news has also been used as a way to dismiss or discredit legitimate reporting that does not conform to a person’s particular worldview.

New research published in the journal Psychological Science reveals that the degree to which people level accusations of fake news against news outlets is at least partially associated with a personal need for an orderly and structured environment.

“Believing that news organizations are involved in an orchestrated disinformation campaign implies a more orderly world than believing that the news is prone to random errors,” said Jordan Axt, a researcher at McGill University and lead author on the paper. “This work helps to identify when, why, and for whom fake-news claims are persuasive.”

Through their research, which covers six studies and includes more than 2,800 participants, Axt and his colleagues found that a measure called personal need for structure (PNS), which assesses the degree to which people seek order in the world, is slightly but reliably associated with making fake-news accusations.

“Believing that news organizations are involved in an orchestrated disinformation campaign implies a more orderly world than believing that the news is prone to random errors.”

In both cases, the individuals’ greater need for structure was associated with a higher likelihood of thinking that such stories were the result of intentional deception on the part of journalists. This finding suggests that the connection between need for structure and making fake news attributions is more than just another form of political partisanship.

“Republican participants showed a stronger effect than Democratic participants, which aligns with past work on need for structure and conspiratorial thinking,” noted Axt.

The researchers also developed preliminary recommendations on an intervention that may reduce these fake news attributions. In one study, participants showed reduced fake news attributions when they were asked to think of a time when they had control over an aspect of their lives. Some follow-up studies taking similar approaches, however, failed to find an effect.

“So for now, this is initial evidence for one path toward minimizing fake news attributions by reminding people of the control they may have over their lives,” concluded Axt.

You would think that the motivation to believe that the news media are always truthful and that everything that journalists say is real has something to do with need for structure… For what structure do we have if the news are fake?

Through a variety of efforts—including the APS COVID-19 global initiative and a new white paper for policymakers, the scientific community, the media, and the public—APS and its members are researching and combating misinformation.