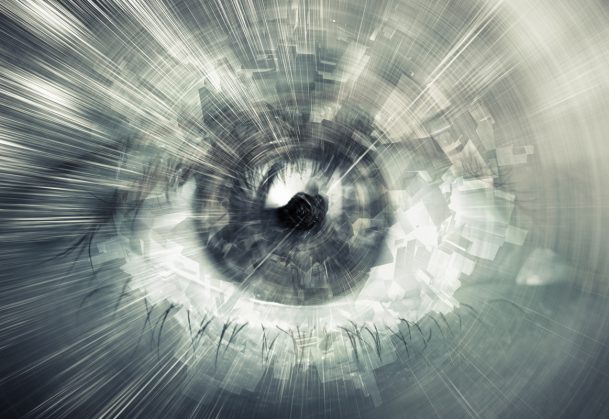 Emerging evidence shows that small involuntary eye movements (saccades and microsaccades) are a promising new tool for shedding light on the hidden workings of mental processes like attention and anticipation, cognitive processes that are often impaired in individuals with ADHD. The new study suggests that carefully tracking eye movements offers a new method for empirically monitoring temporal expectation in people with ADHD.

“The eye is restless and eye movements occur constantly, even when observers try to avoid them. Our study shows that this continuous stream of eye movements is temporarily paused before an anticipated visual event,” says psychologist and neuroscientist Shlomit Yuval-Greenberg (Assistant Professor at Tel Aviv University), senior author on the study. “This attenuation in eye movements can be used as an estimate for whether and when the occurrence of regular events was indeed predicted.”

Yuval-Greenberg and colleagues found that neurotypical individuals (those without a diagnosis of ADHD) tended to have different patterns of eye movements compared with individuals who had an ADHD diagnosis.

“We found that individuals with ADHD tended to not attenuate their eye movements before a predictable event, which suggests that they were not able to predict the event and/or to act upon predictions,” Yuval-Greenberg explains.

The team’s findings indicate that careful analysis of eye movements may offer an objective measure to complement other tools used for diagnosis and assessing treatment efficacy.

For their study, Yuval-Greenberg and colleagues collected data from a group of 20 individuals who had an ADHD diagnosis and a group of 20 neurotypical controls. Those in the ADHD group were asked to refrain from taking any ADHD-related medication for 24 hours prior to the testing sessions.

On two different days, the participants came into the lab where they were shown a series of colored shapes on a screen while their eye movements were monitored. The participants were instructed to press a key whenever they saw a red square (which appeared around 25% of the time). On one day, participants were shown the shapes at predictable intervals: Every two seconds the next shape would appear. On the other day, the time between shapes varied from 1 to 2.5 seconds. Participants were not told that the timing would be different between the two sessions.

When the stimulus appeared at regular, predictable intervals people in the control group responded more quickly than when it appeared at varied intervals. However, the reaction times of those with ADHD did not improve under predictable conditions.

The researchers also found that those in the control group tended to have fewer eye movements immediately before a predicted event. In contrast, those in the ADHD group did not show the same eye movement slowdown in preparation for an upcoming stimulus.

However, the researchers were surprised to find that an ADHD diagnosis was not the best predictor of an individual’s ability to stay focused on the task.

“It is well documented that ADHD is a heterogeneous disorder. It is also documented that only some of the individuals with ADHD experience difficulties in maintaining focused attention throughout a monotonous task,” Yuval-Greenberg says. “Yet we were most surprised to reveal that the individual ability to stay focused throughout the task was a better predictor for the attenuation of eye movements than whether or not that individual was diagnosed with ADHD.”

This finding is valuable because it demonstrates the importance of assessing the specific neuropsychological functioning of each individual, Yuval-Greenberg explains. And the study highlights the potential use of eye movements as an objective measure of temporal expectation.

Co-authors on the research include Yarden Dankner and Prof. Lilach Shalev of Tel Aviv University and Prof. Marisa Carrasco of New York University.

This study was funded by the Binational United States–Israel National Science Foundation to S. Yuval-Greenberg and M. Carrasco (Grant No. 2013356).

I’ve thought for a few years that there must be some correlation between ADD/ADHD and eye movement. I have ADHD and have noticed that when I am having an especially difficult time focusing, I experience a lot of involuntarily eye movement. It’s not noticeable at all when my eyes are open, but I can notice it when I close my eyes. Almost like a mini episode of REM.

I have been diagnosed with ADHD and have learned about the rapid eye movement concept.I wanted to know if rem sleep I.e. rapid eye movement, could be linked. After a bad nights sleep I less able to concentrate on what I am doing almost as if the quality of sleep agitates my ADHD.

I am a 46 year old software developer with ADHD. In addition to using eye movements to diagnose ADHD, I’m thinking of using it do detect loss of focus during work. One of my main difficulties is the lack of self-monitoring: I notice too late that I have lost focus and stopped making progress and should take a break or even call it a day. Schedules and timers are too rigid to be respected. Since I work most of the time at my laptop (MacBook) that has a webcam, if there are characteristic eye movements associated with “tuning out” or “going around in circles”, a background application could detect this and prompt the user.

Is anyone aware of any such applications or anyone researching it?

Andreas, How can I contact you? There are a few simple ways to do this with software based on research. Perhaps we can collaborate? My background is in electrical and biomedical engineering. I presently work as a chiropractor and have a decade of clinical experience. Your software expertise would be very helpful. Feel free to reach out to me at ajwawra@gmail.com.