In the US and many Western countries, people are urged to manage feelings of anger or suffer its ill effects — but new research with participants from the US and Japan suggests that anger may actually be linked with better, not worse, health in certain cultures. The findings are published in Psychological Science, a journal of the Association for Psychological Science.

“Many of us in Western societies naively believe that anger is bad for health, and beliefs like these appear to be bolstered by recent scientific findings,” says psychological scientist Shinobu Kitayama of the University of Michigan. “But our study suggests that the truism linking anger to ill health may be valid only within the cultural boundary of the ‘West,’ where anger functions as an index of frustration, poverty, low status and everything else that potentially compromises health.” 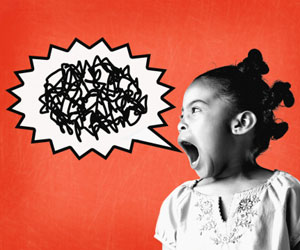 In other words, it’s the circumstances that elicit anger, and not anger itself, that seem to be bad for health. In previous work, Kitayama and colleagues found that anger can function as a signal of high status and privilege in Asia — drawing on this, they hypothesized that greater expression of anger might be associated with better health among Asian participants.

A recent incident on a Korean Air flight bound for Seoul illustrates this point, says Kitayama. Heather Cho, former vice president of Korean Air and daughter of Korean Air Chairman Cho Yang-ho, apparently flew into a rage when she was improperly served a bag of macadamia nuts by the chief flight attendant. In an angry outburst, Ms. Cho ordered the pilot to take the plane back to the gate so that the flight attendant could be kicked off the flight.

This expression of anger, which may seem disproportionate to the circumstance, is a typical display of privilege and power, says Kitayama, and may, therefore, be linked with better rather than worse health.

To measure health, the researchers looked at biomarkers for inflammation and cardiovascular functioning, both of which have been linked to anger expression in previous research. The combination of these two factors served as a measure of overall biological health risk.

The researchers also looked at measures that gauged various aspects of anger, including how often participants expressed angry feelings through verbally or physically aggressive behaviors (e.g., “I slam doors,” “I say nasty things”).

The data revealed that greater anger expression was associated with increased biological health risk among American participants, as previous studies have shown.

But greater anger expression was associated with reduced biological health risk among Japanese participants. And the association was not explained by other potentially related factors — such as age, gender, chronic health conditions, smoking and alcohol consumption, social status, and experience of negative emotions more generally.

“Our point is that anger expression is a complex phenomenon likely motivated by a variety of factors, many of which could be culture-specific. These cultural factors must be taken into account to achieve a full understanding of the link between anger and health,” the researchers write.

Kitayama and colleagues hope that future longitudinal research that follows participants over time will help to shed light on the relationship:

“Such research will help us address whether improving personal and social life styles so as to reduce anger may entail long-term health benefits.”

Do Cultural pressures distain overt anger giving rise to suppressed anger? Healthy outlets are needed for all ages, particularly the young. Do violent tv programmes and computer games dissipate or fuel anger?