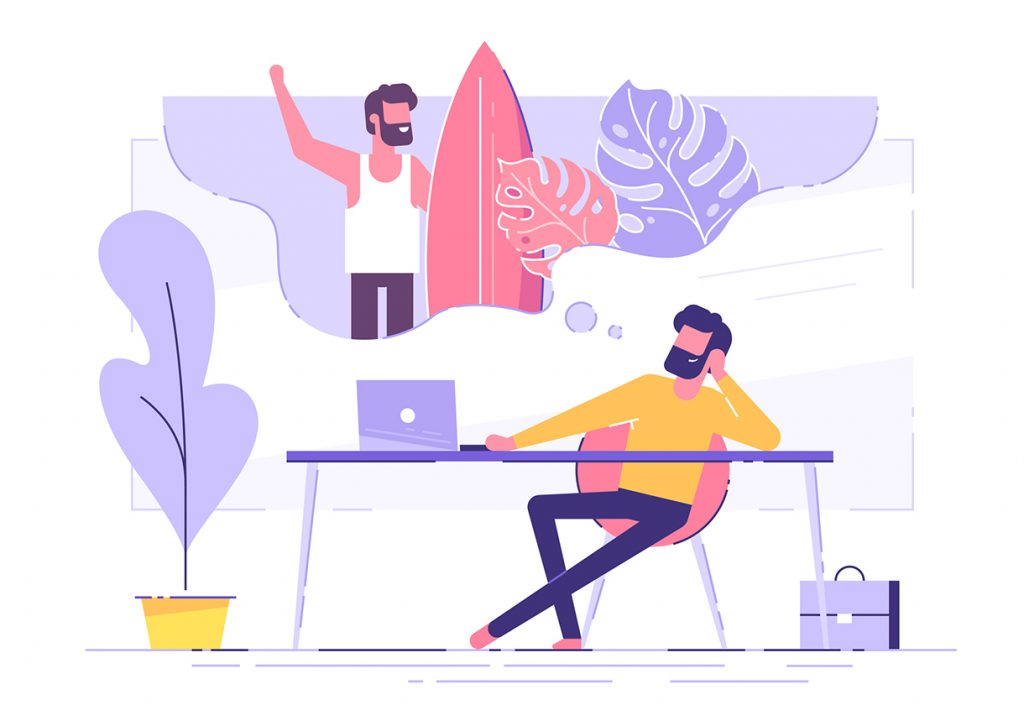 “Enviable events lose some power over us once those events are in our past,” says psychological scientist Ed O’Brien of the University of Chicago Booth School of Business. “This occurs even when people are left to their own devices — in our studies, we didn’t instruct participants to engage in any particular distraction task or coping strategy, yet they still felt better as long as some time passed.”

Previous research has shown that we generally tend to have heightened emotions about future events than past ones — a party seems more exciting and an exam feels more stressful if they’re happening tomorrow than if they happened yesterday.

O’Brien and coauthors Alexander Kristal and Eugene Caruso wanted to know whether the same phenomenon would apply to envy. Envy is an interesting emotion because it can motivate negative outcomes, such as self-dislike, and also positive outcomes, such as feeling inspired. Would timing make a difference in how people experience envy?

In the first study, 620 participants — including university students, adults from the local area, and online participants — imagined a close friend getting to have experiences that the participants desired themselves, such as taking a dream vacation, being promoted to a dream job, and buying a dream car. Some imagined how they would feel about the various scenarios in the days and weeks before they happened; others imagined how they would feel in the days and weeks after the events occurred.

The results showed that timing, even when thinking about hypothetical scenarios, mattered. Participants rated the experiences, which were otherwise identical, as less enviable after they happened than before they happened.

Do people show the same pattern of responses in relation to real-world events? To find out, O’Brien and coauthors assessed people’s feelings of envy for a peer’s Valentine’s Day date every day during the month of February 2017. In line with the first study, envy grew as February 14 approached, but dropped on February 15 and stayed relatively low the rest of the month. The researchers replicated these patterns in February 2018 with a new group of participants, tracking envy over the course of three key dates: Envy rose from February 13 to February 14 but then dropped on February 15.

Interestingly, benign and malicious envy seem to have different temporal dynamics. Participants who imagined how they would feel in the days and weeks after an enviable event reported less malicious envy — including less frustration, dislike, and ill will — than did those who imagined their feelings in the days and weeks leading up to the event. But participants imagined feeling similar, or even greater, levels of benign envy — including inspiration, motivation, and liking — when they thought about the event as having passed.

“Previous research uniformly suggests that events in the future will prompt more extreme reactions because it’s more relevant to pay attention to things that might still happen to us,” O’Brien says. “But these findings suggest that the passing of time may be particularly linked with reducing the intensity of negative experiences, rather than reducing the intensity of all experiences.”

It’s possible that knowing this could help us regulate our own emotions. Findings from a final study showed that imagining looking back on an envy-inducing event had the strongest effects on people’s well-being, lowering their feelings of envy and stress and increasing their positive mood.

This is important given that our increasing use of social media facilitates social comparison, even with people we will never meet.

“More than 500 million people interact daily on social media such as Facebook, where they disproportionately encounter other people’s best moments, promoting a fear of missing out and undermining viewers’ well-being,” the researchers write.

“There may be subtle power in the timing of information sharing,” they add. “A status update of ‘All packed for Maui!’ may have more influence than ‘Back home from Maui!’”

The researchers hope to extend this research to real-world contexts, including social media, and to further explore the differences between benign and malicious envy. Ultimately, the findings reveal that the green-eyed monster may diminish with hindsight.

“There is something of a paradox in our reactions to people who get to have what we want: It stings less if they already have it,” O’Brien and colleagues conclude.

All data and materials have been made publicly available via the Open Science Framework. This article has received the badges for Open Data, Open Materials, and Preregistration.