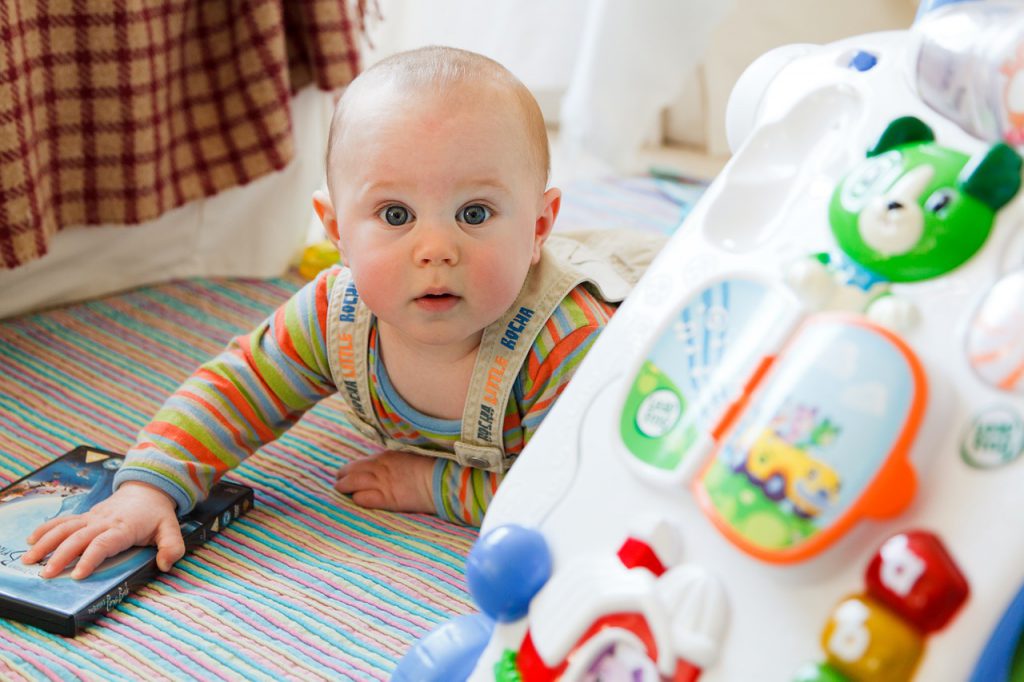 Autism is normally diagnosed between the ages of 2 and 3. But new research is finding symptoms of autism spectrum disorders in babies as young as 12 months. If children could be diagnosed earlier, it might be possible to help them earlier—and maybe even stop them from developing autism, according to the author of a new paper published in Current Directions in Psychological Science, a journal of the Association for Psychological Science.

“In the field, there’s this new excitement,” says Brooke Ingersoll of Michigan State University. “We’re starting to get a picture of what autism looks like in the first years of life.” Because autism normally isn’t diagnosed until a child starts to show delays in talking and other milestones that typically occur after age 2, it’s been difficult to look at what children are like in the first years of life. Until recently, psychological scientists have only been able to learn about the children’s behavior as an infant and toddler by asking their parents, and sometimes looking at home movies.

But now results are coming in from studies that followed large numbers of children from 6 months to age 3, when a formal diagnosis could be determined. Some children later developed autism and others didn’t. “The group of children that eventually develop autism spectrum disorders looks different from typically-developing kids,” Ingersoll says. At 12 months, children who will later develop autism are less likely to show “joint attention behaviors”—paying attention to both a toy and another person, for example. They are also less likely to imitate.  At this point, it is difficult to use this information to diagnose individual children this young; there’s such a large spectrum of normal behavior that the differences often only emerge when scientists compare a lot of children. But experts are now able to diagnose autism spectrum disorders at 18 to 24 months—much earlier than autism used to be diagnosed.

If young children have problems with social behaviors, it may then explain some of the later problems in autism—if they don’t imitate, for example, that could help explain why they have difficulty with language later, Ingersoll says. “If there’s some early disruption in these mechanisms that are involved in social learning, the children have many fewer opportunities to learn about their environment,” she says.

Because social learning is so important, some psychological scientists are trying to develop ways to work with toddlers who show early signs of autism. For example, several interventions have been developed to teach joint attention and imitation in very young children with ASD.  In one such intervention, reciprocal imitation training, a therapist might play with the child by imitating what he is doing, then encourage him to imitate her. “We try to teach them, imitating other people is this great social thing,” Ingersoll says. These techniques are also taught to parents to practice at home to expand opportunities for learning.

Early results have been good, although the studies on several of these interventions won’t be finished for a few years, Ingersoll says. “I think there’s a lot of hope that if we can figure out the right behaviors early enough, and intervene early enough, we may be able to prevent the development of autism.”

This is great news. My granddaughter turns 3 years old next week has been diagnosed as nonverbal autism. We did noticed some verbal developmental delays as she was approaching her second birthday. She has been receiving speech therapy for over a year. She’s entering preschool next week integrated with two other children who also on the spectrum. This is all new to myself, my daughter and her husband. We appreciate all the information you can give us to help my granddaughter. Keep up the great work and for keeping us inform!