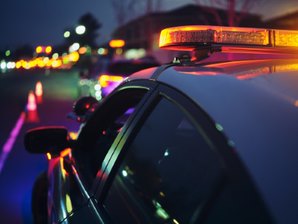 Summary: When it comes to police traffic stops, the context in which police officers operate is important. New research covering tens of millions of U.S. traffic stops found that Black drivers were more likely than White drivers to be stopped by police in regions with a more racially biased White population.

Traffic stops, which happen approximately 50,000 times each day in the United States, are the most common interaction between law enforcement and the public, according to data from the Stanford Open Policing Project. These stops can result in nothing more than a friendly warning or can escalate into an arrest using force. All other factors being equal, however, Black drivers are more likely than White drivers to stopped by police. Uncovering the reasons for this discrepancy is essential to understanding and combating discrimination and racial disparities in the criminal justice system.

Two independent articles published the journal Psychological Science shed new light on how countywide attitudes toward race correlate with local policing. Both papers reveal that the greater the racial prejudice against Black people is in a county, the more often state troopers tend to stop Black drivers relative to White drivers.

“We’re not the first to show that there are racial disparities in police stops,” said Pierce Ekstrom, a researcher at the University of Nebraska and lead author on one of the papers. “What we found, however, is that these disparities are related to regional variance in racial attitudes. They are more pronounced—to Black drivers’ disadvantage—in counties where, according to our estimates, the population shows a preference for White people relative to Black people.”

Research published in a concurrent paper by another team, led by Marleen Stelter from the University of Hamburg, found similar results.

“We were surprised to learn that racial prejudice was more closely linked to racial disparities in police traffic stops than racial stereotypes.”

Both teams analyzed data from two existing research projects. The first was the Stanford Open Policing Project, which collected records of tens of millions of traffic stops made by law enforcement agencies across the United States.

The second was the Project Implicit website, which contains multiyear survey data on racial attitudes and threat-related stereotypes associated with White and Black people. This data set revealed how consistent counties were in their racial attitudes. According to Ekstrom, though individual respondents varied greatly, for every county in their data set the average White respondent showed at least slightly pro-White and anti-Black explicit attitudes and at least moderately pro-White and anti-Black implicit attitudes.

“I don’t want to downplay the importance of individuals’ diverse attitudes,” said Ekstrom, “but that consistency at the county level, I think, speaks to how pervasive a cultural problem racial bias can be in the United States.”

Each research team found statistically significant differences in the rates at which White and Black drivers were stopped by police. After accounting for percentages of the population in each area, police operating in counties identified as having higher measures of prejudice and stereotypes were more likely to stop Black drivers than White drivers.

On the basis of these data, the researchers were also able to use their estimates of counties’ racial attitudes to predict the proportion of Black and White driving-age residents who were stopped in each county.

“We were surprised to learn that racial prejudice was more closely linked to racial disparities in police traffic stops than racial stereotypes,” said Stelter. “This finding deviates from previous research. We found instead that liking for White people and dislike for Black people were stronger predictors of racial disparities in police traffic stops.”

Ekstrom and his colleagues do acknowledge that the data used to measure racial attitudes are from a so-called convenience sample, albeit a large and widely used one. Their analyses assume that individuals who participated in Project Implicit hold similar views to other people of the same race, gender, and age in the same area. Using the same data, previous studies have accurately predicted other outcomes associated with racial attitudes, including disparities in health, school disciplinary practices, and police use of lethal force.

In an accompanying commentary on the two papers, lead author Keith Payne, a researcher at the University of North Carolina, noted: “These findings are part of a larger trend in many studies in recent years, showing that regional differences in measures of race bias are associated with important real-life disparities. It has long been predicted that such associations would be expected based on small-scale laboratory experiments. It is both validating for theories of modern prejudice and concerning for society that those predictions are being borne out.”

“We should bear in mind that racial discrimination and inequality are pervasive cultural problems, not a handful of weird outliers that only pop up in this or that corner of the country,” said Ekstrom. “If racial attitudes really are the reason for the disparities we see, it would take large-scale changes in cultural attitudes and norms to shift them in a manner that would impact disparities as well.”

“In addition to considering the psychology and behaviors of individual officers, policymakers and the public should consider whether or how norms and institutional practices shape police officers’ behavior,” said Stelter.

Journalists may request a copy of this article by contacting the APS News Team at news@psychologicalscience.org.

I have not read the actual studies, but reading this story makes we wonder how we account for the directionality problem? Are interactions between police officers and Black motorist due to racial bias and prejudice, or is repeated interactions with Black motorist perpetuating the racial bias. I know that we are suppose to assume the former relationship, but I hope we always consider the latter as well. Making sure we account for both possibilities will spur better understanding of these events.

Hello: I shared your comment with Ekstrom, who replied “Our study is correlational, so you’re right that we can’t tell a tidy causal story with our data. The causal arrow might also be reversed if Black drivers or drivers with relatively pro-Black (or anti-White) attitudes try to live in areas where racial disparities are minimal. So traffic stop disparities (or some third variable associated with them) could influence people’s decisions about where to live and drive in the first place! I don’t think our data can clearly distinguish between these possibilities.”

Heather MacDonald has documented in her book “The War on Cops” and elsewhere that policing is fundamentally DATA-driven. If blacks commit more crimes (and they do, e.g., over 90 percent of black murders are by blacks, sadly), then why would it be a surprise, racist, or even inappropriate for cops to stop them more?

“Finding the appropriate benchmark for ‘fairness’ in law enforcement is a longstanding and pervasive challenge in this type of research, but there are at least two reasons that I’m aware of that suggest that Black drivers are not, in fact, violating traffic laws more often than White drivers in a way that could explain these disparities.

(2) Pierson et al. also compare the rates at which Black and White drivers are stopped in the hour immediately before and after sunset, with the idea that if race-neutral criteria account for the apparent racial inequity in stop-rates, racial disparities should be equally pronounced when drivers’ race is invisible or at least more difficult to detect (at night). They found instead that racial disparities were more pronounced during the day, when drivers’ race is more clearly visible.”