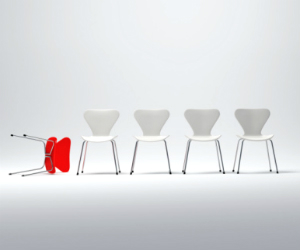 For many people, sitting at a desk for hours at a time is just part of the job, even as research continues to reveal links between prolonged sitting and a number of serious health issues ranging from a heightened risk of Type 2 diabetes to increased rates of obesity and heart disease, and even premature death.

But a recent study on the psychological impacts of sitting all day at work may get managers to stand up and take notice. New research demonstrates that sitting for longer than 6 hours a day at work not only carries a physical toll, but may also increase risks of mental health issues, such as anxiety and depression.

The research team, led by psychological scientist Michelle Kilpatrick of the University of Tasmania, found that employees who sat for long stretches at work also experienced increased rates of anxiety and depression compared to colleagues who didn’t spend as much time sitting.

Data for the study was collected from 3,367 state government employees as part of a broader health outreach program. Participants filled out a short, validated psychological assessment for symptoms of anxiety and depression over the last 4 weeks. The researchers also asked participants to complete a scale assessing their current levels of physical activity, in addition to surveys designed to get at potential confounding factors, such as leisure-time physical activity and general satisfaction with the workplace.

The researchers also found differences based on gender, with women reporting higher rates of sitting-related psychological distress than men.

“Since men and women in our sample reported similar estimations of work stress, unmeasured factors such as work-family conflict and incorporation of work and parenting roles could be differentially affecting women,” Kilpatrick and colleagues write in the journal Mental Health and Physical Activity.

Interestingly, although there was a significant association between prolonged sitting at work and moderate levels of psychological distress, sitting was not associated with high levels of anxiety and depression.

Another key finding was that hitting the gym after work didn’t protect workers from the effects of sitting. If people sat for most of the work day, even if they were physically active and getting exercise in their off hours, they still showed relatively higher rates of anxiety and depression symptoms than did workers who sat for less than 3 hours a day.

“Consequently, individuals may be meeting recommended levels of health promoting physical activity, yet their physical and mental health may remain at risk if they are also sedentary for prolonged periods,” writes Kilpatrick.

“sitting was not associated with high levels of anxiety and depression.”

Higher, but not high? Confusing. Also, are there any studies about sitting that go beyond correlation? So many reports that sitting is bad for you, but no real causal data.

I agree there doesn’t seem to be a strong causal link here. Surely the reason they are sitting for longer is likely to be a key factor. Do they have an overbearing boss? Are they worried about making ends meet and so are working too hard? It is very likely that anxiety and depression are the cause of so much sitting, not the other way around.

And if there is a correlation, isn’t it just as relevant to blame the lack of exercise rather than the amount of sitting?

Yeah. You’re right. Keep sitting all day and wondering why you feel like crap. Surely it has nothing to do with treating your body the polar opposite of what it was created to do. The ignorance of society these days is appalling. Enjoy your desk job.