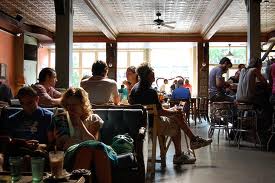 I remember my retirement like it was yesterday. As I recall it, I am still working, though not as hard as I do now. My wife and I still live in the city, where we bicycle a fair amount, and stay fit. We have a favorite coffee shop where we read the morning papers and say hello to the other regulars. We don’t play golf.

In reality, I’m not even close to retirement. This is just a scenario I must have spun out at some point in the past. There are other future scenarios, but the details aren’t all that important. What’s notable is that my futures all have a peaceful and contented feel to them. They don’t include any financial or health problems, and no boredom, not for me or anyone I know.

Cognitive scientists are very interested in people’s “remembered futures.” The whole idea seems contradictory in a way, since we tend to think of memory in connection with the past—recollections of people and things gone by. But the fact is, we all imagine the future—and then recall those imaginary scenarios time to time. Indeed, some scientists believe that these “memories” are highly adaptive, allowing us to plan and better prepare for whatever lies in store.

But very little is known about how these simulations work, or if all future memories are equally beneficial? Which scenarios do we recall best? Are others lost? Are most people’s future memories as rosy as mine? Or do we also spin out other, less optimistic simulations of the future, ones that we tend to forget over time?

These are very difficult questions to study in a laboratory—or at least they were until now. A team of psychological scientists, headed by Harvard’s Karl Szpunar, recently devised a novel method for generating authentic future simulations—and for studying their characteristics and staying power. Basically what they do is collect a lot of biographical detail from volunteers’ actual memories—people they’ve known, places they’ve been, and the names of ordinary things. I, for example, might remember having a beer with my cousin David at a bar in Baltimore; buying a TV at Best Buy with my wife; and borrowing ten dollars from my college roommate Roger at the bookstore—and more than a hundred similar memories.

Then all this raw material—all these people, places and things from near and distant pasts—are jumbled together, and volunteers use random samples to generate imaginary future scenarios: Roger, the Baltimore bar, and the TV, for example. Sometimes the volunteers are instructed to imagine a positive future, sometimes a negative one, others times neutral. So I might imagine Roger and me having a terrific time cheering on the Redskins at that Baltimore bar, or I could imagine the two of us falling into a bitter argument at the same bar, while the news played on the TV.

Then later, the researchers test volunteers’ memories of these future scenarios. They do this by giving them two of the three details—the bar and Roger, say—and seeing if they can fill in the missing detail to recreate the simulated future scene. They idea is to see what qualities makes an imagined future memorable, or forgettable.

The findings were intriguing. The scientists tested volunteers’ memories minutes later, and then again a day later, and as reported in the on-line version of the journal Psychological Science, the details of negative simulations were much more difficult to recall later on than details of positive or neutral simulations. This is consistent with what’s known about negative memories for actual past events, which also tend to fade more rapidly that positive ones. Szpunar and colleagues hypothesize that the emotion associated with a future simulation is the glue that binds together the details of the scenario in memory. As the negative emotion dissipates, so too does the integrity of the remembered future.

So the negative versions of the future fade away with time, and the positive versions endure—leaving, on balance, an overly rosy vision of what’s to come. But that may not be a bad thing. People who suffer from depression and other mood disorders tend not only to ruminate on negative events from the past, but also to spin out negative scenarios for the future. Psychologically healthy adults tend to be overly optimistic about what lies ahead. It’s probably adaptive to imagine the worst, so we can do our best to avoid the things we can avoid—but then let those invited troubles fade away.

Wray Herbert’s book, On Second Thought, is now out in paperback. Excerpts from his two blogs—“We’re Only Human” and “Full Frontal Psychology”—appear regularly in The Huffington Post and in Scientific American.

My partner and I have coined the term “anticipatory nostalgia” to refer to her tendency to project herself into the future to a time when she is experiencing nostalgia for the current moment. So not only is she imagining a future time, but she’s imagining what the current moment will mean in that future time. I’m interested in watching research develop on how we live in the past and the future.

So I’m 14 and ever since I was three I’ve been getting these memories they last about 1-5 seconds. but they haven’t happened yet but they always do. I don’t know how or why I get them. For example there’s this girl I like and I talked to her yesterday for the first time. Within the past 24 hours I’ve gotten 3-10 of these memories which is way more then I have ever gotten. The oldest one I can recall I remembered about 2 years ago. Normally when i get these memories they are about 40 percent bad memories and 60 percent positive memories. These have all been positive but I don’t understand what I’m supposed to do besides succeed. If someone that knows what happens respond to me please i feel like I’m going crazy right now.

Logan, I was 3 to 4 when I first experienced this.Most of the time its a burden. I try to make it go away. I feel like they are memories on the future. Maybe time shouldn’t be measured in a linear way. Maybe everything that is going to happen has already. Regardless, the gift is hard sometimes. I get anxious and can’t breath sometimes when I see the thoughts and images. Sometimes they are good, a lot of times bad. when I was your age I had a dream of a huge tsumani in a foreign land I thought was India or China. It shook my body awake. This was 1999. I had dreams and images of it a long time after, until I saw the images on tv in 2004 of the tsunami in Indonesia. I instantly knew. Over the years it was always like that. My parents never understood it and always told me not to look too deep into things. I told my dad on a road trip in 1997 that we were going to have the first black president in the earlier years of the millennium. Also, the riots and the protests of the past 10-15 years. I was always confused and always worried.I wake up out of a dead sleep and then get the call someone has passed away. I know before they tell me. Sometimes I thought, “that would of never happened if I didn’t think that.” It is my fault. I thought that I made it happen by thinking about it. I had a theory that all of our brains are on a network like cell towers and our thoughts could escape like vibrations and be picked up subconsciously by others. Now that I am in my older 30’s I try to concentrate on just life. I have realized that this gift would drive me crazy otherwise. Regardless of what happens after life, you only get 1 life. This gift has had negative impacts on my life the more I explored it. Unless you are planning to devote all of your time to something most won’t take serious, you should not let the thoughts take you. You can try to control it. Try not thinking of “scenarios” in your mind. You won’t know which are daydreams and which are real. Live life. Knowing too much can burden you deeply. I feel like some of this stuff is not meant for us. Focus on now. This gift will drive you crazy the more it advances. Especially when you can’t remember if you already did something because your mind drifted into a thought. You start losing control of what the thoughts are and what happened already. And in return when you ask for advice, all you will get is this. Other people like myself who don’t actually have the answers but have had experiences with the dreams or real thoughts. So again, my advice is to forget this while you are young and retrain your brain to not drift in the path of these (what I call “vibrations”) Some will say embrace your gift. I say to live your life.