Learn more about the mission and history of ICPS. 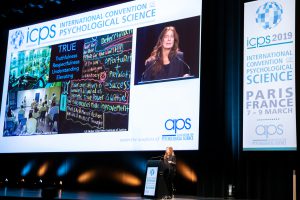 The International Convention of Psychological Science (ICPS) is the culmination of efforts by the Association for Psychological Science (APS) and an international network of organizations and individual scientists to stimulate scientific advances that are integrative; that is, in which investigators attack scientific problems by drawing broadly on research conducted at multiple levels of analysis and in multiple branches of psychological science, the cognitive sciences, the neurosciences, and related disciplines, including biology, economics, anthropology, and many others. ICPS has been designed to surmount artificial disciplinary boundaries that can impede scientific progress and to highlight areas of investigation in which those boundaries have already been overcome.

Seizing the opportunities and meeting the challenges posed by integrative psychological science requires a global effort and the involvement of the full range of disciplines from the broadest cultural aspects of social science to the most molecular aspects of genetics. Pan-European groups have collaborated with APS to bring about more integrative science and to connect researchers in our field, resulting in, among other things, the International Convention of Psychological Science. 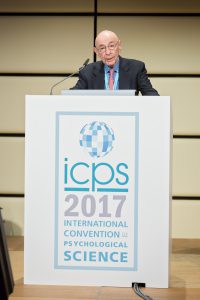 The inaugural ICPS took place in Amsterdam, The Netherlands, 12-14 March 2015, and attracted 2200 attendees from more than 75 countries, far exceeding the initial expectations. The ICPS included Integrative Science Symposia, methodological workshops, and Keynote Addresses by Stanislas Dehaene, Terrie E. Moffitt, and George Lakoff, as well as submitted symposia and posters. The meeting was a success in all possible ways: the unique focus on integrative science; the quality of the invited program; the linking of integrative symposia and methodological workshops; and the larger-than-anticipated attendance.

The second ICPS took place in Vienna, Austria, 23-25 March 2017, and continued the success of the first in quality of the program and size of attendance, bringing together nearly 2100 attendees from 70 countries. The program featured eight Integrative Science Symposia, 13 methodological workshops, and Keynote Addresses by Thomas Bourgeron, W. Tecumseh Fitch, and Linda B. Smith. 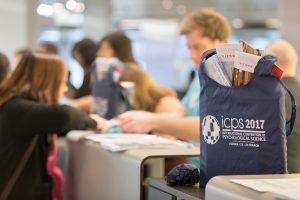 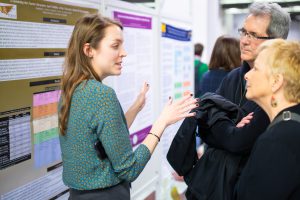 Connect with your colleagues and future collaborators from psychological science, neuroscience, genetics, sociology, economics, anthropology, linguistics, and related fields at ICPS 2021. At the Convention, you’ll hear presentations of cutting-edge integrative research by world-renowned scientists and gain a global scientific perspective that spans academic disciplines and geographic borders, while learning new skills and broadening your scientific horizons.

Becoming a Cumulative Science
By APS Past President Walter Mischel