Harry Harlow conducted his famous experiments on maternal separation and social isolation at the University of Wisconsin-Madison in the 1950s and 1960s. Decades later, Brad Wray and his independent study students from Arundel High School in Maryland have set one of those experiments to music.

Harlow took baby monkeys from their mothers and placed them with two “surrogate” mothers: one made of wire that dispensed milk and one made of terry cloth that didn’t dispense milk. The song, set to the tune of Jason Mraz’s “I’m Yours,” tells how the baby monkeys had to make a choice.

As Wray and his students demonstrate in the video below, the monkeys almost always chose the terry cloth mother over the wire mother. They may gloss over some of the other scenarios Harlow used in his experiments, but we can forgive them because that monkey puppet is irresistibly cute.

Check out this Psychology (Yesterday and) Today article Love According to Harry Harlow, which reflects upon a 1973 interview with Harlow. 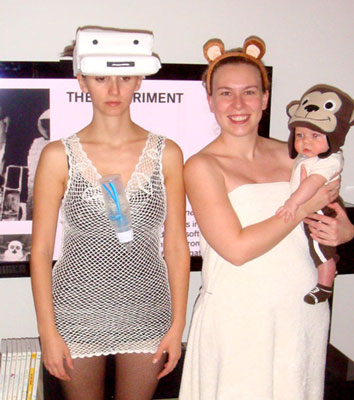 Video > Around the Web > Study Break > Comfort or Food? This Harlow Love Song Has the Answer