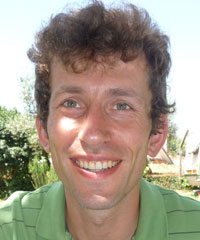 I focus on motivational dynamics in my research. I am to understand how different reasons for engaging in an activity and pursuing different goals are related to outcomes, such as performance, persistence, learning, and well-being. Often, it is assumed that better outcomes will follow when people are more strongly motivated to engage in an activity. Yet, research findings show that it is critical to consider the type of motivation (i.e., autonomous or controlled) and the type of goals (i.e., intrinsic or extrinsic) people have for engaging in an activity to understand whether they will be productive, engaged, and persistent. Through my research, I try to expand Self-Determination Theory (Deci & Ryan, 2000; Ryan & Deci, 2000), a well-known and empirically validated motivation theory. I have been using SDT as a source of inspiration to study motivational dynamics in a variety of life domains including education, parenting, psychotherapy, ecology, work and unemployment, and sports and exercise.

Motivational issues have interested me since I was quite young. As an enthusiastic soccer player and a leader of a youth organization, I was often confronted with motivational questions, such as “How can a coach tell soccer players that they were not selected for the team in a way such that these players won’t lose their enthusiasm and excitement?” or “How can leaders of a youth organization plan games so that all adolescents find the leisure time activities fun?” To me, these were intriguing questions and they stimulated me to explore the motivation literature.

In addition to these more applied questions, I had a personal interest in the following perhaps more fundamental issues: “Do people have some basic, innate psychological make-up? If so, do they have a growth-oriented nature, or are they more defensively oriented?” and “What are the necessary conditions that will allow people to live a meaningful and fulfilling life?” Studying philosophy helped me find partial answers to some of these existential issues. The answers to these questions that I got from psychologists during my schooling at the University of Leuven (Belgium) were quite disappointing for me because most theoretical frameworks were concerned with explaining important, but rather limited social, cognitive, and motivational phenomena. One reason why these theories were perhaps limited in scope is that they remained quite vague about the meta-theoretical premises that guided their theorizing. Grand motivation theories (Reeve, 2004), such as Self-Determination Theory, are in my view better able to explain a wide range of phenomena, because they have clearly articulated their view of human nature in a way that was consistent with the philosophical answers that had made sense to me. But, of course, SDT is strongly empirically grounded, which helps to overcome the theoretical speculation of philosophical and humanistic theories.

During the last year of my masters studies at the University of Leuven (Belgium), I spent one year with Edward Deci and Richard Ryan, the founding fathers of Self-Determination Theory, at the University of Rochester (USA). The opportunity to take their graduate courses, the weekly seminar meetings of the motivation research group, and personal conversations with both of them strongly influenced my thinking. I then pursued a PhD at the University of Leuven (Belgium) under the supervision of Willy Lens, Eward Deci, and Hans De Witte. Willy Lens introduced me, through his own work and exciting discussions, to various theories in the motivational landscape other than Self-Determination Theory, like Expectancy-Value Theory, Achievement Goal Theory, and Future Time Perspective Theory among others, which helped me to sharpen my thinking about motivational dynamics. Hans De Witte helped me in connecting Self-Determination Theory to existing models in the domains of unemployment and work.

I think it is really critical to examine a topic that you yourself find deeply interesting, fascinating, and important. Some researchers tend to focus on searching for gaps to fill in the literature rather than letting their studies be led by their primary interests. Yet, I think that when one is truly interested and curious about a certain topic, one will more quickly get a grip on the literature, think about the topic more deeply and creatively, and be more productive in the long run. Also, it will just be more fun! In my case, as a fanatic soccer player, I got interested in how one could keep losers of competitive soccer games motivated, and that particular question encouraged me to dig into the motivation and competition literature. I also think it is important to network — to make contact and have collaboration with others who have interests similar to your own. I have also tried to learn from senior scholars as much as possible because they have a much fuller view of the historical evolution of areas that interest me. Finally, I think it is important to try to systematically build on existing research, to use advanced methods, and to adopt a clear theory-driven approach. The internal logic of Self-Determination Theory is one of the reasons why I was so attracted to this framework.

I’m currently supervising several doctoral students who study motivational dynamics in very diverse fields, including eating regulation, ecology, parenting, and physical education, and my goal is to help them in their work as much as possible. At a more personal level, I’m interested in the following two topics at this moment. First, I think it is exciting to study the psychological variables that covary with participants’ sleep quantity and sleep quality. We are currently examining how the satisfaction of one’s psychological needs of autonomy, competence, and relatedness on a daily basis is associated with one’s daily sleeping pattern. Second, I think motivational theories have been focusing too strongly on people’s motives for engaging in a particular behavior at the expense of studying people’s motives for not doing so. In this context, we are pursuing studies in which we differentiate between qualitatively different types of defiance (i.e., oppositional and reflective) which we found to be differentially related to outcomes such as aggression and externalizing problem.

Any advice for even younger psychological scientist? What would you tell someone just now entering graduate school or getting their PhD?

I would suggest that they ask themselves which questions and phenomena are truly intriguing and fascinating to them. I believe that taking sufficient time to read in relevant literatures is important. Many scholars seem to limit themselves to reading articles (or even abstracts of articles) without taking the time to read chapters or books that provide a more complete overview of a certain topic. What one also needs as a junior scholar in my view is patience: reading in the literature, coming up with a study design and study questions, running the study, writing an article, and getting it published in an international outlet takes a lot of time! There is a tendency to then just do another study quickly, but I think it is important to give serious thought to where the research is going and what are the next questions to turn to. It is a slow but rewarding process, and I think that speeding it up may take away the fun.

In one experiment, business students were asked to read a text on communication styles. Some of them were told that learning more about this topic would be important in terms of personal growth because as managers they needed to be able to communicate in a clear way (intrinsic goal), whereas others were told that managers who can communicate well are more financially successful (extrinsic goal). Analyses showed that both the language used to introduce the learning task and the way the learning task was framed yielded an effect on various outcomes. Learners who were invited in a more autonomy-supportive way and those learning with the aim of achieving an intrinsic goal processed the learning material more deeply (e.g., underlined more words), performed better on a subsequent test, and went on to engage in voluntary role-play activities in which they could exercise their skills. These results were replicated in the domains of physical education and teacher training. Overall, the findings indicated that teachers may want to adjust their language, trying to use more inviting and autonomy-supportive rather than pressuring language. Also, they would do well to explain the relevance of each learning activity to attaining intrinsic goals.