Some people bridle at the very idea of having to bend to authority. Others, however, value following a leader and playing by the rules, a trait that researchers refer to as “authoritarianism.” Studies suggest that a person’s level of authoritarianism is correlated with various sociopolitical orientations, and they further indicate a strong link between young adults’ and their parents’ levels of authoritarianism.

And yet, “research on the topic has rarely examined or even anticipated early-childhood manifestations of authoritarianism,” says psychological scientist Michal Reifen Tagar of the University of Minnesota. 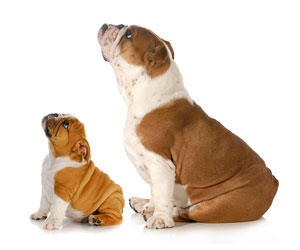 Tagar and colleagues hypothesized that these individual differences in authoritarianism likely emerge in early childhood, manifesting as a “greater responsiveness to cues of status and of deviance when determining whom to learn from.”

The researchers brought 40 3- and 4-year-old children into the lab and had them watch video clips of adults naming various objects.

The children were then shown another series of clips in which the adult introduced and labeled completely novel objects. The researchers wanted to see the extent to which the kids would trust these new labels, given the clips they had already seen.

And kids whose parents rated high in authoritarianism or social conformity placed greater trust in the ambiguously conventional speaker, suggesting that they placed greater weight on the speaker’s adult status (i.e., “adults are to be trusted”) even though their labels were unreliable.

According to Tagar and colleagues, these results “reveal emerging manifestations of authoritarianism at an early age.”

The results suggest that there are “systematic individual differences in selective trust” that “can be reliably predicted from the psychological characteristics of the children’s parents,” though the researchers note that it’s not clear whether the link is driven by genetics, socialization, or a combination of both kinds of factors.

Could the effect of large levels of authoritarianism in children whose parents have higher levels be a result of mimicking that children do? Children learn to walk and talk by mimicking what they see and hear, an example being a baby in a deaf household will mimic the Sign Language used by its parents and will do very little babbling, because it has not been exposed to as much language as a baby in a hearing household. So could authoritarianism in children be due not to genetics or chemical levels, but to the mimicking of their authoritarian parents?