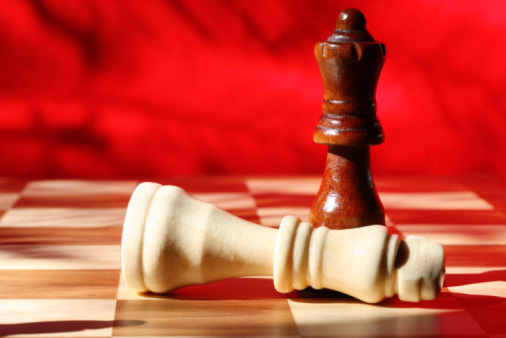 Tiger Woods, Bill Clinton and Donald Trump–they’ve all cheated, they’ve all got power, and they’re all men. People often assume that men are more likely to cheat than women, so researchers decided to look at the role of gender and the role of power in infidelity. An upcoming study to be published in Psychological Science found that power has a stronger link to cheating than gender does.

Readers of a weekly magazine geared towards professionals completed an anonymous internet survey which measured their power, gender, confidence, distance (from families), and perception of risk as it relates to infidelity.  Although people tend to think that powerful men are more likely to cheat if they have more distance from their families (e.g., frequent business trips) or if they have a risk-taking personality, the survey found that these two variables were unrelated to infidelity. Even more surprising was the finding that gender was unrelated to both actual cheating and desire to cheat.  Having power was related to infidelity and the amount of a confidence a person has had the strongest link between power and cheating.

We may not hear about women cheating often but it’s not because women are less likely to cheat. It’s because there are less women in power than men. The study’s researchers predict this will change as more women continue to gain power. So ladies, take a lesson from history, don’t let power get in the way of a faithful marriage.

Having power was related to infidelity and the amount of a confidence a person has had the strongest link between power and cheating.