We love animals, caring for some as if they were members of our families, and yet we eat animals, too. In fact, we eat a lot of meat — data show that the average person on this planet eats about 48 kg or 106 lbs of meat per year. 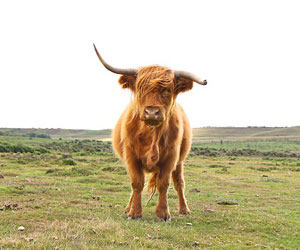 This duality between loving and eating animals is what researcher Steve Loughnan of the University of Melbourne and colleagues call the “meat paradox”:

“Most people care about animals and do not want to see them harmed but engage in a diet that requires them to be killed and, usually, to suffer,” the researchers explain.

Research indicates, for example, that certain personality characteristics are associated with eating meat.

Studies have shown that people who eat meat tend to report higher levels of authoritarianism and social dominance orientation than do vegetarians. Even among meat eaters, those who value inequality and hierarchy eat more red meat than those who espouse those values.

Whether we’re willing to eat an animal also depends on certain characteristics of the animals themselves, such as whether they seem to have a “mind.”

In one study, Loughnan and colleagues found that the more of a mind an animal was rated as having, the less edible people thought it was. In addition, eating more “mindful” animals was judged as more morally wrong and more subjectively unpleasant, findings that were replicated across diverse samples, including American, Canadian, Hong Kong Chinese, and Indian respondents.

And the relationship also seems to work the other way — what we’ve eaten recently can influence how we perceive animals.

In another study, Loughnan and colleagues found that participants who had recently consumed beef rated the cow as less capable of suffering than those who had just eaten nuts, presumably as a way of resolving any negative feelings about having eaten meat.

“We now have a clearer idea about who eats animals, what they think of animals, and how their psychology changes when they engage in meat eating,” the researchers observe. “In doing so, we have begun to unearth the psychological roots of an ancient, widespread, and increasingly controversial behavior.”

Loughnan, Bastian, and Haslam argue that the psychology of eating animals is worth studying in and of itself, but that it may also serve as a case study that elucidates the roles that emotions, cognitions, and personality characteristics play in our engagement with “everyday moral problems.”

I see the following line” data show that the average person on this planet eats about 48 kg or 106 lbs of meat per year” is this an extrapolation of american habbits to a world wide audience or is there any substatiation of this claim available. I would like to be linked to said research. thanks in advance

Beliefs about how animals should be treated are likely socially acquired.