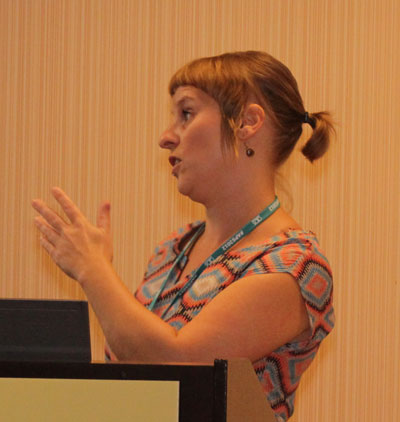 People go to great lengths to avoid pain. And that avoidance, ironically, may be a cause of chronic pain.

When a person is injured, they begin to associate the injury with the activity that caused it, and they will avoid that activity – and other activities. In the short term, avoidance may promote healing, but over time, fear of pain may actually initiate chronic pain, leading to disability and depression.

Psychological scientists in this symposium shared many approaches for investigating this surprising model of pain behavior. One technique was based on classical conditioning, in which volunteers were given a shock in response to a particular movement they performed. When they were expecting pain, people moved slower. Also, they tended to move slower when performing new movements, even though those movements had not been connected to pain.

Another approach was to investigate the relationship between pain and a person’s drive to complete a task. Goals associated with pain (e.g., relieving neck pain) can conflict with achievement goals (e.g., finishing a report before a deadline), which influences how people experience pain. Individuals who had both strong achievement goals and strong pain-avoidance goals reported more pain and disability. 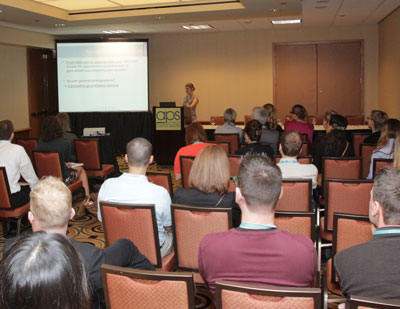 Full crowd at the Pain, Fear, and Suffering symposium on Sunday.

Brain imaging also has provided more insight into avoidance behavior.  Researchers have shown that the anterior insula, a portion of the cerebral cortex that has been shown to be connected to awareness of body states, is active when individuals experience pain. Also, this region is more active when they perceive a high threat of pain. Connections have also been found between regions associated with pain and regions shown to be involved in processing fear and memory.

Treatments based on this model have also been tested in clinical models. Exposure therapy, or exposing patients to activities they’ve been avoiding because of pain, has been shown to reduce pain and help patients restore mobility.

Fear is not the source of all pain, but as these psychological scientists have shown, it can fuel a vicious cycle that can only be stopped when patients acknowledge that fear.

Petra A. Karsdorp, Utrect University and Maastricht University, The Netherlands

Publications > Observer > Observations > Fear of Pain Can Lead to Suffering