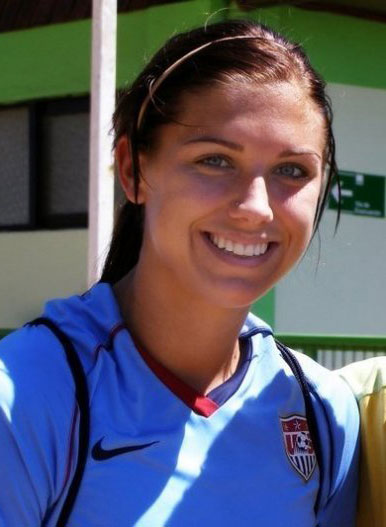 Alex Morgan, a forward for the US National Women's Soccer Team

Which countries and athletes will rise to the top? To make predictions, many people will look for athletes who are on a “hot streak,” such as US Women’s National Team forward Alex Morgan who scored 2 goals yesterday, resulting in a 2-to-4 win over France. Sports provide numerous opportunities to collect statistics, but biases such as the “hot-hand fallacy” can skew a spectator’s decision making when it comes to predicting sports outcomes.

Peter Ayton, a researcher from City University London, UK, investigates how people make judgments and decisions under conditions of risk, uncertainty, and ambiguity. One way he studies decision making is through sports. “Thanks to the Internet,” says Ayton, “people have coded, in all sorts of interesting and elaborate ways, the outcomes of games and events in games, and that provides a very rich sort of data for not studying sport per se, but decision making generally…sporting statistics provide a kind of test bed for things we can look at.”

One bias discovered through sports statistics, says Ayton, is the “hot-hand fallacy,” which was first coined by APS Fellow Tom D. Gilovich. The fallacy arose from the belief that a basketball player is more likely to score if he or she just scored, making that player “hot.” By analyzing data from professional basketball games, Gilovich showed that the idea of players being “hot” was false.

But Ayton says this finding doesn’t stop people from believing in the fallacy and making bets based on it. Watch Ayton describe this common bias below, and don’t forget to let psychological science be your guide as you make your Olympic picks.

Question 3: Peter Ayton on the psychological science of decision-making in sports.