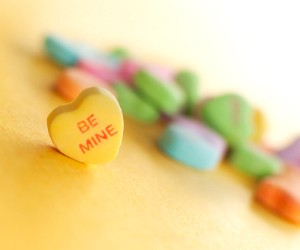 With our uniquely large brains and extended childhoods, humans are a bit of an evolutionary puzzle. According to a recent article published in Perspectives in Psychological Science, romantic love and the pair-bonding that it motivates may be part of the answer to this evolutionary riddle.

Researchers Garth Fletcher of Victoria University in Wellington New Zealand and collaborators Jeffry A. Simpson, Lorne Campbell, and Nickola C. Overall argue that the adaptation of romantic love may have played a key role in the evolution of our big, sophisticated brains and social aptitude.

“Evolutionary adaptations typically have a jury-rigged nature, and romantic love is no exception,” says Fletcher.

“Romantic love provides a potent motivational push toward the kind of devotion and commitment required for the huge investment needed to support a mate and raise children successfully,” says Fletcher and colleagues.

Pair-bonding, in turn, may have encouraged the involvement of extended families in investing in and contributing to child rearing. According to Fletcher and colleagues, managing the social complexities of this sort of family life could have facilitated the evolution of the high levels of social intelligence and cooperative skills found in modern humans.

“In modern human families romantic pair bonds typically lie at the heart of the extended family,” the authors write. “These shared cooperative efforts to raise offspring and support others would have enabled hominins to evolve larger brains and stretch child development from birth to early adulthood—far beyond the levels apes could attain.”

As the researchers point out, these ideas have been proposed before. With their Perspectives article, they aim to provide the most integrative and extensive summary of evidence to date, across many scientific disciplines, supporting these claims.

Fletcher and colleagues note that among our closest phylogenetic relatives–the great apes–pair-bonding does not occur and the female raises offspring more or less on her own.

“The likely existence of monogamy and related family assistance for child rearing in our distant ancestors promoted the final steps in the evolutionary transformation from an ape brain to a modern human brain,” says Fletcher.