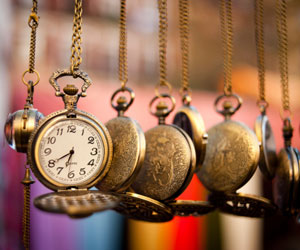 Emotionally charged information dilates our perception of time and interferes with our numerical intuition, though it does so in different ways.

Previous findings on how we process time and numbers have been mixed — some studies propose a common mechanism, while others suggest that the two domains are distinct.

Psychological scientists Laura Young and Sara Cordes of Boston College sought to further investigate this issue by having 38 participants observe emotionally charged stimuli — in this case, angry, happy, or neutral faces — and then estimate either the number of dots that appeared or the amount of time that an oval was shown on a screen.

In accordance with some earlier studies, Young and Cordes found that participants’ perception of time slowed after they looked at angry faces — that is, they estimated that the oval appeared on the screen for longer than when they looked at happy or neutral faces.

But the numerical processing task resulted in a different effect: Participants who saw emotionally charged faces, whether angry or happy, reported seeing fewer dots than participants who observed neutral faces.

The fact that numerical and temporal processing were both affected by emotional stimuli, but in different ways, suggests that the underlying cognitive systems for these skills may be different.

Research on the brain mechanisms that mediate these tasks will give us more insight into how emotions shape perceptions — and perhaps why emotional stimuli would lead us to see fewer things for longer — the authors conclude.

What implications, then do these findings have on the eye-witness testimony of individuals who observe traumatic events either as impartially or intrinsically involved in the event? I presume that their assertions are dubious and that their emotions have arrested their reasoning powers to a more or less great extent.