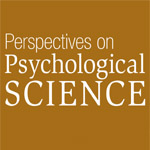 Updated June 5, 2013: Perspectives on Psychological Science has received a wonderful response to the call for proposals to participate in its first Registered Replication Report Project. The deadline for proposals to participate in the project based on Schooler and Engstler-Schooler (1990) is Tuesday, June 11, 2013. We expect to announce additional projects this summer.

Just two months after APS launched a new initiative aimed at promoting and publishing replication studies, the first protocol has been finalized and editors are accepting proposals from researchers who would like to contribute an independent replication to the project.

In March, Perspectives on Psychological Science announced an innovative plan to oversee and publish multi-center replications of important psychological studies. In this initiative, the journal editors bring interested researchers together with the authors of an influential original study to design a protocol that accurately and directly replicates the original finding. Multiple laboratories then conduct their own independent studies following the approved protocol, and the results from all of these separate studies will be published together as a single Registered Replication Report in Perspectives. All approved replication attempts will be published, regardless of outcome, to provide a precise estimate of the size of the effect – one that is free from the bias against negative results that can occur in traditional article formats.

The first protocol has now been designed, vetted, and made publicly available, so researchers can submit their own proposals to join the replication effort. The project will replicate a 1990 study by Jonathan Schooler and Tonya Engstler-Schooler that first reported the verbal overshadowing effect. According to this effect, verbally describing a previously seen item (in this study, a face) actually impairs later recognition of that item, countering the traditional idea that more memory rehearsal leads to better memory performance. The finding has both theoretical and practical significance, especially for the accuracy of eyewitness recollection; however, despite the more than 500 citations the original article has garnered, doubt remains about the size and robustness of the effect. Adding to this uncertainty is Schooler’s widely reported finding of decreasing effect sizes in each of his own repetitions of the study, making this experiment particularly well-suited for a standardized, multi-center replication that can more precisely estimate the real population effect size for this important finding.

Researchers interested in joining this replication project are encouraged to complete and submit a Secondary Replication Proposal Form. Replication report editors Daniel J. Simons and Alex O. Holcombe as well as Perspectives editor Barbara A. Spellman will review proposals to ensure that the replication will adhere to the approved protocol. Once a proposal has been accepted, replicators will be given instructions and a timeline for completing their experiments and submitting their results.

Deadlines for submitting Secondary Replication Proposals and replication results will be posted on the Ongoing Replication Projects page, and you can find more information on the project’s page on Open Science Framework.

We hope researchers in the community will apply to participate in this exciting new project and be a part of the first APS Registered Replication Report in Perspectives on Psychological Science.