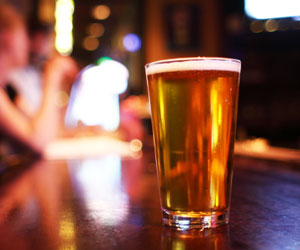 Whether it’s a glass of wine, a pint of beer, or a tumbler of whiskey, people often turn to alcohol to calm their nerves.

Anecdotally, alcohol does seem to help dampen our stress response, but the specifics of how, when, and for whom this stress reduction actually occurs remains unclear.

Researchers John Curtin, Daniel Bradford, and Benjamin Shapiro of the University of Wisconsin-Madison wanted to better understand the mechanisms and boundary conditions that contribute to the stress-dampening properties of alcohol. In particular, they wanted to explore how alcohol influences our responses to threats of varying certainty and severity.

They recruited 89 participants from the university community who were at least 21 years old and who had no history of alcohol-related problems. The participants came to the lab, where they received varying doses of alcohol, leading to blood alcohol concentrations (BACs) ranging from .00% (sobriety) to .12% (moderately high intoxication).

Curtin and colleagues found that, as participants became more intoxicated, their startle responses were increasingly dampened and their self-reported anxiety went down.

“This suggests that alcohol use is negatively reinforced even from the first drink (i.e., at very low BACs) within a drinking occasion, which may indicate that preliminary, modest reinforcing effects are available to most drinkers,” Bradford and colleagues write in the December 2013 issue of Psychological Science.

However, the linear relationship suggests that the reinforcing effects of alcohol may be greater with increasing BACs. Thus, binge-drinking episodes, for example, may be more strongly reinforced than lighter drinking, despite the long-term negative consequences associated with binge drinking.

The data further revealed that the effect was greatest for the series of shocks of uncertain intensity:

“Uncertain threat intensity elicited a more robust defensive response than did comparably intense (i.e., high and low) certain threats,” the researchers note. “This finding appears to confirm the proverb, ‘better the devil you know than the devil you don’t.’”