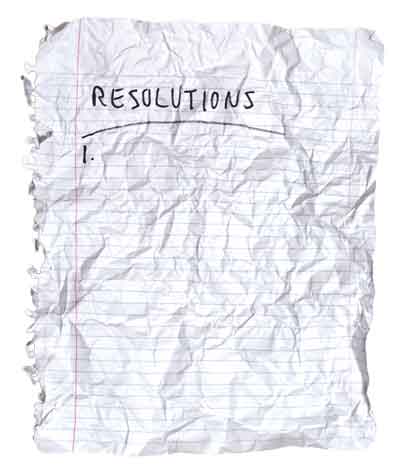 If negative, unwanted thoughts are coming between you and your 2013 New Year’s resolutions, try throwing the pessimistic thoughts away. Research published in Psychological Sciencesuggest that when people wrote down their thoughts on a piece of paper and then threw the paper away, they mentally discarded the thoughts as well.

Pablo Briñol, at the Universidad Autónoma de Madrid, Spain, and his coauthors asked high school students to write down either positive or negative thoughts about his or her body during a three-minute period. All the participants were asked to look back at the thoughts they wrote. Researchers told half of the students to contemplate their thoughts and then throw them in the trash can located in the room, “because their thoughts did not have to remain with them.” The other half were told to contemplate their thoughts and check for any grammar or spelling mistakes.

“However you tag your thoughts — as trash or as worthy of protection — seems to make a difference in how you use those thoughts,” said study co-author Richard Petty of The Ohio State University. “When they threw their thoughts away, they didn’t consider them anymore, whether they were positive or negative.”

But how important is the physical action of throwing these thoughts away or keeping them in your pocket? To find out, the researchers conducted an experiment using computers. This time, some participants used a mouse to drag the file into the computer recycle bin, while others moved the file to a storage disk.

Just as in the previous studies, participants made less use of negative thoughts that they had trashed — by dragging them to the recycle bin — than did those who saved the thoughts by transferring them to a disk.

If a negative thought is standing between you and your 2013 goals, trash it!