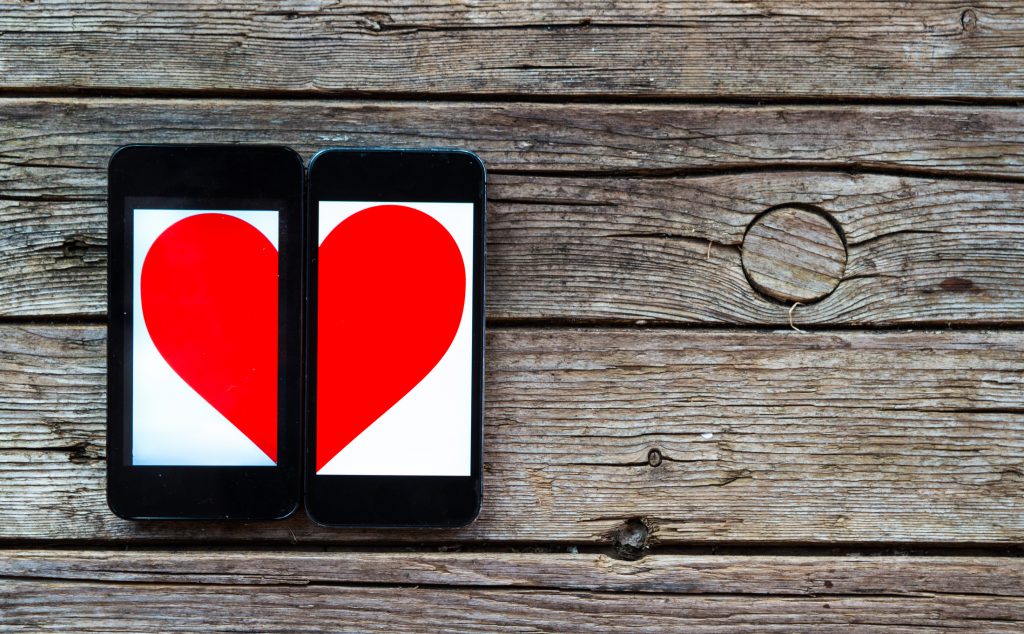 If Jane Austen were writing today, her characters would probably be meeting and romancing over WhatsApp and Facebook rather than formal dinners at country manors.

Today, people are as likely to meet their potential valentines on the Internet as they are at a party, a singles event, or a dog park. Social scientists have followed this trend by exploring the way that online communication is affecting socialization processes and the formation of friendships and romantic relationships.

In an integrative science symposium titled “e-Relationships” at the International Convention of Psychological Science in Amsterdam, the Netherlands, an interdisciplinary panel presented a host of findings about how people of all ages use the latest communications technology to meet their social needs, both romantic and convivial.

“There’s something about the hyper-drive nature of these forms of connecting with other people that’s highly diagnostic of the human condition,” said APS Fellow Harry T. Reis (University of Rochester), a discussant on the panel.

Much of the discussion focused on the ways that adolescents use electronic devices and applications to build and maintain friendships, as well as relationships that can be romantic or strictly sexual. APS Fellow Marion K. Underwood (University of Texas at Dallas) is exploring digital communication among adolescents as part of a large longitudinal study supported by the National Institutes of Health. In 2008, Underwood’s lab provided ninth-graders with Blackberry smartphones and arranged for Blackberry enterprise servers to archive all of the students’ text messages, emails, and instant messages over the following few years. All students and their parents consented to having their electronic communications captured and coded, Underwood said.

An average of 500,000 text messages poured into the archive each month. The researchers ran the communications through Linguistic Inquiry and Word Count, a text analysis tool developed by APS Fellow James W. Pennebaker (University of Texas at Austin).

In one sample covering a 2-day period, Underwood and her colleagues found that more than 6% of texts contained sexual themes and 7% contained profanity.

“People often ask, ‘Given that the students in your study knew that you were archiving all of their text messaging, were they communicating openly?’” Underwood said. “I believe they were … If they were censoring themselves, I don’t know what they would have said otherwise.”

The coding of the messages revealed that 70% of the content was positive or neutral, with many of the study participants engaging in supportive dialogue with their peers, Underwood said. But with the help of standardized measures, including reports from teachers and parents, she and her colleagues also found links between specific types of negative communication and maladjustment.

One area explored by Dawn Brinkley (University of Texas at Dallas), one of Underwood’s former doctoral students, was text messaging that includes sexual content, a practice popularly known as “sexting.” This was based on the theory that text messaging might be a context in which adolescents at risk for Borderline Personality Disorder (BPD) “express their desperate need for attention and connectedness,” Underwood said. The researchers wanted to see whether sexting in 10th grade predicted increased sexual activity and behaviors indicative of BPD by the senior year of high school. They found that 65% of the participants included in the sampling engaged in text messaging with sexual content, Underwood reported. Boys were more likely to send texts about actual sexual behavior, but the researchers found no gender differences in texts about hypothetical sexual activity.

“It was absolutely the case that text messaging about sex raised the likelihood of an early sexual debut of various types of risky sex,” Underwood said.

One finding showed that adolescents who engaged in sex talk via text were 1.4 times more likely to have had sex by age 18 than were those whose texting was less racy. And both boys and girls who engaged in sexting in 10th grade scored higher on a measure of BPD features (e.g., impulsive behavior, unstable interpersonal relationships) by the time they turned 18.

“I worry that there’s something about sexting that may exacerbate borderline personality features,” Underwood said.

Valkenburg, a professor at the University of Amsterdam, the Netherlands, shared some findings from her decade of research on the way social media are changing the development of these skills. She has found, for example, that the more positive feedback young people receive on their social media pages, the more they optimize their profiles based on that feedback. Valkenburg also has found that preadolescents experiment with their identity (e.g., lying about their age) three times as much as do teenagers.

In the area of sexual exploration, Valkenburg has found that as adolescents get older, a small percentage of them use social media to share information about sexual topics, and even to look for sexual partners. This type of conduct, she says, peaks at around age 15 or 16.

In her own studies of social media’s impact on relationships, Nicole Ellison, a professor in the University of Michigan’s School of Information, focuses mainly on adult interactions. As part of her research, she’s examined self-presentation in an online dating context. She and her colleagues recruited participants who used Match.com and other major online dating sites, who then agreed to participate in a lab experiment and provided researchers with links to their online dating profiles.

The researchers measured the participants’ height and weight and reviewed their driver’s licenses to confirm their ages. For many participants, the researchers found discrepancies between what was listed on their dating profiles and their actual heights, weights, and ages.

They interviewed the participants about what they considered to be acceptable misstatements in their online self-presentations, and found that people select from “a library of selves” when creating their profiles. More specifically, participants found it acceptable to fib about their weight, their exercise routine, a smoking habit that they’re trying to quit, or other traits that they could conceivably change.

“So … people weren’t thinking about their profile as an exact one-to-one replication of who they were offline at that moment,” Ellison explained, “but rather it was a promise to this imagined audience of who they might be by the time they met face to face.” Ellison noted, however, that most of the discrepancies were quite small — just a few pounds, for instance.

Of course, many people rely on Internet services like e-Harmony to find lasting romantic matches for themselves, rather than setting up and monitoring their own profiles. There are even sites that try to match singles based on genetic compatibility, using DNA taken from cheek swabs that the users send in, said APS Fellow Eli J. Finkel. But the algorithms these sites employ are no better than chance at linking people with compatible mates, he said.

Finkel described a 2012 study in which he and four other scientists examined the algorithms used by online dating services and found that they focus on similarities in personality and attitudes, which he says are feeble substitutes for face-to-face contact.

The psychological scientist believes that rather than matching people based on data from individual profiles, matchmaking sites could focus on couple-level data — the level of rapport that exists within a dyad.

“You don’t want to know whether you have some similar quality to another person in the abstract,” he said. “What you want to know is … did the conversation sizzle? Did you feel like, ‘Whoa, I want to know this person better’? You can’t get that from personality questionnaires or from cheek swabs.”

Emerging technologies may indeed lead to an algorithm based on dyadic information, Finkel said. Such an algorithm might, for example, leverage one key nonverbal indicator of attraction: Studies show unconscious mimicry between people when they’re attracted to each other. This mimicry can include behaviors, facial movements, body posture, and language.

In fact, Finkel’s research has closely examined language-style similarities as a sign of compatibility. He pointed to a 2011 experiment in which he and other researchers studied the instant messaging logs of couples who had been dating for an average of 16 months, then followed up with each pair 3 months later. The researchers found that couples who had highly similar language styles had a 78% chance of still being together after 3 months, compared with 54% of those whose language styles were dissimilar.

Voice recognition technology is an example of a modern tool that potentially can, by capturing the content of conversations between two people, allow scientists to measure language-style matching. Other emerging technologies could identify facial expressions and even physiological indicators like heart rate to measure two people’s attraction to or rapport with each other.

“My hope,” Finkel concluded, “is that we might be able to build an algorithm that at least incrementally — maybe by 5% or 10% or 15% increases above and beyond self-reports — predicts the compatibility that you will have once you get face to face with somebody.” 

Research at the Interface of Artificial Intelligence and Psychological Science, 2018–2022

A collection of research on various aspects of AI, published between 2018 and 2022 in the APS journals.