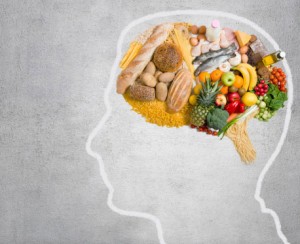 Two new studies investigate the relationship between self-control and reward processing for chronic dieters and people who would like to control their food intake.

Past studies have shown that thinking about a future event reduces delay discounting — when people forgo large future rewards for immediate smaller rewards. Overweight women who reported a desire to control their food intake thought about episodic events in the future or episodic events in the recent past during a delay-discounting task involving money and during an unrestricted-eating opportunity. Participants who thought about episodic future events discounted less during the monetary task and ate fewer calories than did those who thought about episodic past events. This suggests that future thinking could be a useful tool for increasing impulse control.

Some models of self-regulation suggest that self-control is a limited resource and that when it is depleted, we are more likely to engage in impulsive and undesirable behaviors. Women who were chronic dieters completed an attention-control task that did or did not deplete their self-control and then underwent fMRI while viewing images of people, nature, or food. Depleted dieters had greater activity in areas of the brain related to coding of reward values and reduced connectivity between those areas and areas related to self-control. This indicates that such depletion reduces a person’s ability to engage self-control and alters the neurological processing of rewards.