Bragging to coworkers about a recent promotion, or posting a photo of your brand new car on Facebook, may seem like harmless ways to share good news. But new research published in Psychological Science, a journal of the Association for Psychological Science, shows that self-promotion or a “humblebrag” often backfires.

Researchers Irene Scopelliti, George Loewenstein, and Joachim Vosgerau wanted to find out why so many people frequently get the trade-off between self-promotion and modesty wrong. They found that self-promoters overestimate how much their self-promotion elicits positive emotions and underestimate how much it elicits negative emotions. As a consequence, when people try to increase the favorability of the opinion others have of them, they excessively self-promote, which has the opposite of the intended effect. 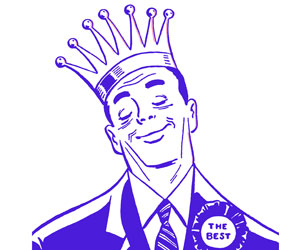 “Most people probably realize that they experience emotions other than pure joy when they are on the receiving end of someone else’s self-promotion. Yet, when we engage in self-promotion ourselves, we tend to overestimate others’ positive reactions and underestimate their negative ones,” said Scopelliti, the study’s lead author and a lecturer in marketing at City University London who conducted the research while a postdoctoral fellow at Carnegie Mellon.

“These results are particularly important in the Internet age, when opportunities for self-promotion have proliferated via social networking. The effects may be exacerbated by the additional distance between people sharing information and their recipient, which can both reduce the empathy of the self-promoter and decrease the sharing of pleasure by the recipient,” she said.

The researchers ran two online experiments to find evidence of the misperception. They asked some participants to describe a time they had bragged about themselves (self-promoters) and asked others to describe a time that they were on the receiving end of someone else’s bragging (recipients).

Taken together, the data from the two experiments indicated that self-promoters overestimate the extent to which people on the receiving end of their stories are likely to feel happy for them and proud of them. At the same time, they also seem to underestimate the extent to which recipients are likely to feel annoyed with them.

A third experiment examined the consequences of the miscalibration, revealing that recipients of excessive self-promotion view self-promoters as less likeable and as braggarts.

“This shows how often, when we are trying to make a good impression, it backfires,” said Loewenstein, the Herbert A. Simon University Professor of Economics and Psychology in CMU’s Dietrich College of Humanities and Social Sciences. “Bragging is probably just the tip of the iceberg of the self-destructive things we do in the service of self-promotion, from unfortunate flourishes in public speeches to inept efforts to ‘dress for success’ to obviously insincere attempts to ingratiate ourselves to those in power.”

The researchers believe knowing this could be valuable for both braggers and self-promotion recipients.

“It may be beneficial for people who plan to engage in self-promotion to try to realize that others may actually be less happy than they think to hear about their latest achievement. Recipients of such self-promotion who find themselves annoyed might likewise try to bolster their tolerance in the knowledge that braggarts genuinely underestimate others’ negative reactions to their bragging,” said Vosgerau, professor of marketing at Bocconi University.

All data and materials have been made publicly available through Open Science Framework and can be accessed at https://osf.io/chm94/ and https://osf.io/evikb/, respectively. The complete Open Practices Disclosure for this article can be found at http://pss.sagepub.com/content/by/supplemental-data. This article has received badges for Open Data and Open Materials. More information about the Open Practices badges can be found at https://osf.io/tvyxz/wiki/view/ and http://pss.sagepub.com/content/25/1/3.full.