Informing the public about African Americans’ disproportionate incarceration rate may actually bolster support for punitive policies that perpetuate inequality, according to a new study published in Psychological Science, a journal of the Association for Psychological Science.

Stanford University psychology researchers Rebecca Hetey and Jennifer Eberhardt found that White participants who were exposed to higher racial disparities in incarceration rates reported being more afraid of crime and more likely to support the kinds of punitive policies that exacerbate these racial disparities. 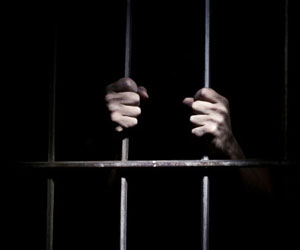 “Most people likely assume this must be due to rising crime rates, but the explosion in the prison population, as well as its changing complexion, are better explained by harsh criminal justice policies,” says Hetey, lead author on the study.

Hetey and Eberhardt wanted to know whether making people aware of racial disparities in incarceration would bolster or diminish their support for such draconian policies.

Just over half of participants who’d seen the mug shots with fewer Black men signed the petition, whereas only 27% of people who viewed the mug shots containing a higher percentage of Black inmates agreed to sign.  This was the case regardless of how harsh participants thought the law was.

To determine whether fear of crime might explain these findings, Hetey and Eberhardt conducted a second experiment in which they showed 164 White New Yorkers statistics about the prison population.  They read about Black inmates either in terms of the national incarceration rate (about 40%) or the New York City rate (about 60%).  Next, they were asked about their support for the stop-and-frisk policy.

Participants who saw the higher rate of Black incarceration were more likely to report concern over crime, which was associated with reluctance to sign the petition.

“Many legal advocates and social activists seem to assume that bombarding the public with images, statistics, and other evidence of racial disparities will motivate people to join the cause and fight inequality,” says Hetey.  “But we found that, ironically, exposure to extreme racial disparities may make the public less, and not more, responsive to attempts to lessen the severity of policies that help maintain those disparities.”