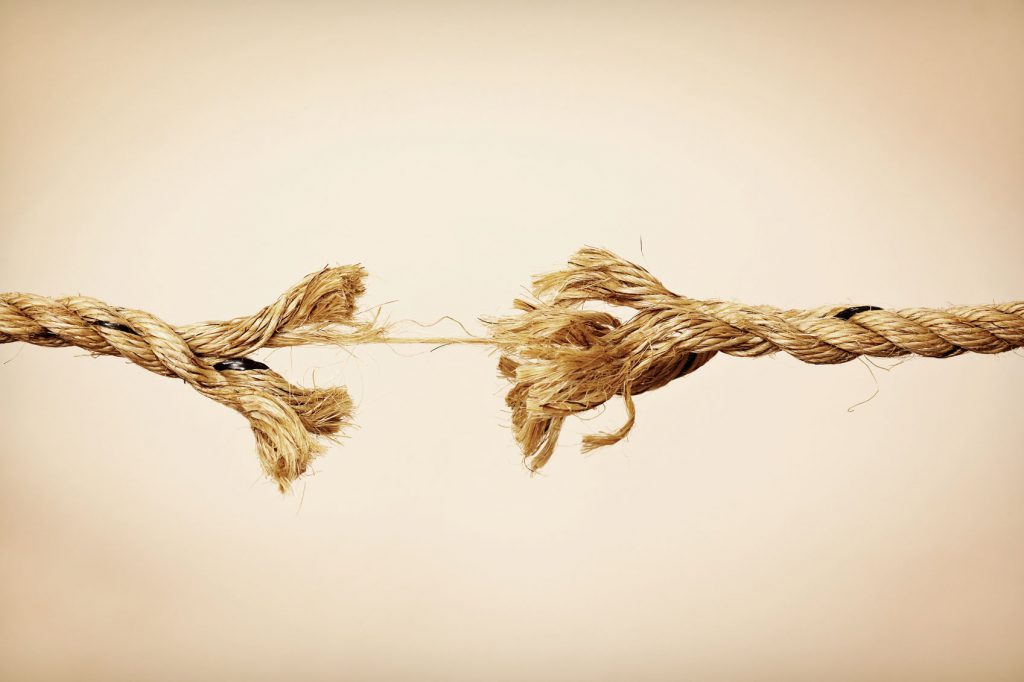 “Compared to Americans in the 1970s-2000s, Americans in the last few years are less likely to say they can trust others, and are less likely to believe that institutions such as government, the press, religious organizations, schools, and large corporations are ‘doing a good job,’” explains psychological scientist and lead researcher Jean M. Twenge of San Diego State University.

Twenge and colleagues W. Keith Campbell and Nathan Carter, both of the University of Georgia, found that as income inequality and poverty rose, public trust declined, indicating that socioeconomic factors may play an important role in driving this downward trend in public trust:

“With the rich getting richer and the poor getting poorer, people trust each other less,” says Twenge. “There’s a growing perception that other people are cheating or taking advantage to get ahead, as evidenced, for example, by the ideas around ‘the 1%’ in the Occupy protests.”

Twenge and colleagues were interested in understanding how cultural change over the last 40 years has affected social capital — the cooperative relationships that are critical for maintaining a democratic society – in which public trust plays an important role.

To examine trust over time, the researchers looked at data from two large, nationally representative surveys of people in the US: the General Social Survey of adults (1972-2012) and the Monitoring the Future survey of 12th graders (1976-2012). Together, the surveys included data from nearly 140,000 participants. Both surveys included questions designed to measure trust in other people and questions intended to gauge confidence in large institutions.

This decline in confidence applied across various institutions, including the press/news media, medicine, corporations, universities, and Congress. The notable exception was confidence in the military, which increased in both surveys.

After accounting for the year the survey data were collected, the researchers found that institutional confidence seemed to track rising rates of income inequality and poverty.

They also found that the proportion of 12th graders who reported that they had “no opinion” on institutional confidence questions rose steadily from the 1970s to the 2010s.

Twenge and colleagues suggest that this trend may reflect a decline in civic engagement and a lack of social capital:

“Young people today are more optimistic about their own prospects, but are apparently deeply distrustful of other people and large institutions. Adults show these trends as well, suggesting that these attitudes are a product of the times and not necessarily a permanent generational shift.”

While these findings are likely culture-specific, they clearly reveal important societal trends over the past 40 years in the United States:

“The decline of social capital is a profoundly negative trend for a democracy, a system of government predicated on the few representing the interests of the many,” the researchers conclude.

Clearly trust and ‘social capital’ implies reciprocal altruism, that is the ongoing expectation that a favor may be returned. The billionaires do not need specific common folk, so they do not have to return any favors to them and do not need to invest in the social capital.

One evolutionary prediction would be that small groups of poorer people would band together on the basis of reciprocal altruism. But in the US, conservative commentators succeed in making the poor believe that they are on the way to a better future, so they do not need to band with the poorer ones.

Such beliefs have been instrumental in keep the conservative vote alive among the ‘struggling middle class.’ And trust is a byproduct and is unlikely to increase.