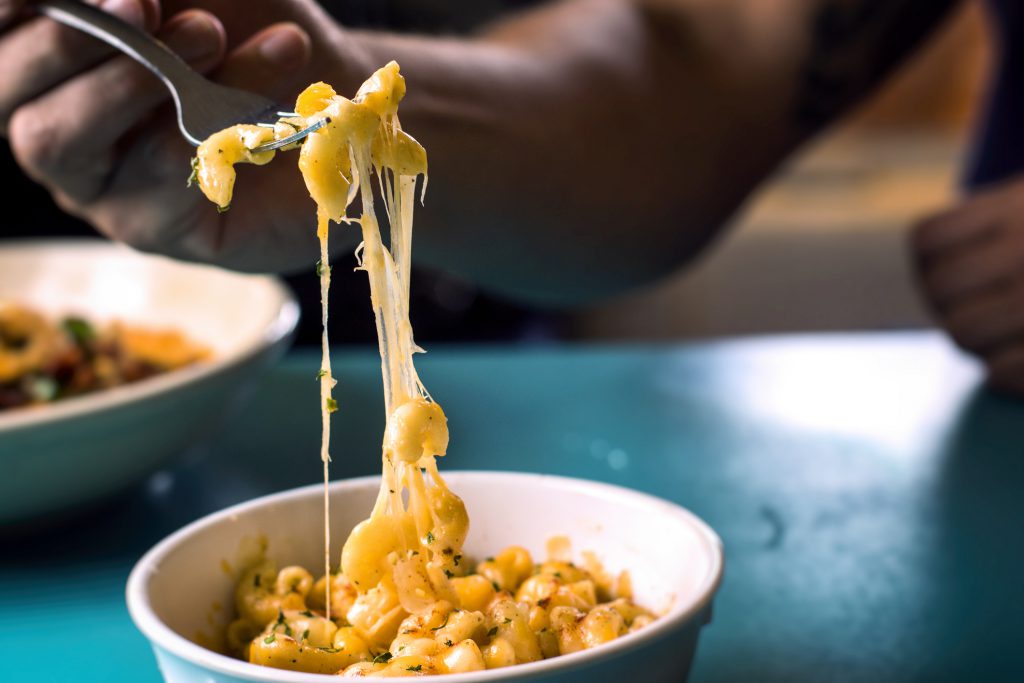 The study shows that when there is a perception of tough times, people tend to seek higher-calorie foods that will keep them satisfied longer. When subconsciously primed with such messages, a “live for today” impulse is triggered causing people to consume nearly 40 percent more food than when compared to a control group primed with neutral words.

“The findings of this study come at a time when our country is slowly recovering from the onslaught of negative presidential campaign ads chalked with topics such as the weak economy, gun violence, war, deep political divides, just to name a few problem areas,” said Juliano Laran, an assistant professor of marketing at the University of Miami School of Business Administration, who conducted the research with doctoral student Anthony Salerno. “Now that we know this sort of messaging causes people to seek out more calories out of a survival instinct, it would be wise for those looking to kick off a healthier new year to tune out news for a while.”

Further, when the same group primed with “tough times” messages was then told the food they were sampling was low-calorie, they consumed roughly 25 percent less of the food. According to the researchers this is because if people perceive that food resources are scarce, they place a higher value on food with more calories.

In reality, there was no difference in the M&Ms that the two groups were given to taste. The researchers were actually measuring how much participants consumed after they were exposed to posters containing either neutral sentences or sentences related to struggle and adversity. Those who were subconsciously primed to think about struggle and adversity ate closer to 70 percent more of the “higher-calorie” candy vs. the “lower-calorie” option, while those primed with neutral words did not significantly differ in the amount of M&M’s consumed.

“It is clear from the studies that taste was not what caused the reactions, it was a longing for calories,” continued Laran. “These findings could have positive implications for individuals in the health care field, government campaigns on nutrition, and companies promoting wellness. And, certainly beware of savvy food marketers bearing bad news.”