The findings suggest that stories such as “The Boy Who Cried Wolf” and “Pinocchio” may not be effective cautionary tales when it comes to inspiring honest behavior in children. 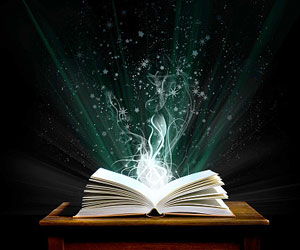 Stories have long been employed to instill moral and cultural values in young children, but there is little research exploring the effectiveness of such stories.

“We should not take it for granted that classic moral stories will automatically promote moral behaviors,” says lead author Kang Lee of the Dr. Eric Jackman Institute of Child Study at the University of Toronto.

“As parents of young children, we wanted to know how effective the stories actually are in promoting honesty,” adds study co-author and researcher Victoria Talwar of McGill University. “Is it ‘in one ear, out the other,’ or do children listen and take the messages to heart?”

To find out, Lee, Talwar, and colleagues conducted an experiment with 268 children ages 3 to 7.  Each child played a game that required guessing the identity of a toy based on the sound it made. In the middle of the game, the experimenter left the room for a minute to grab a book, instructing the child not to peek at a toy that was left on the table. For most children, this temptation was too hard to resist.

When the experimenter returned, she read the child a story, either “The Tortoise and the Hare,” “The Boy Who Cried Wolf,” “Pinocchio,” or “George Washington and the Cherry Tree.”  Afterward, the experimenter asked the child to tell the truth about whether he or she peeked at the toy.

Contrary to the researchers’ expectations, “Pinocchio” and “The Boy Who Cried Wolf” — which associate lying with negative consequences, such as public humiliation and even death — were no more effective at promoting honest behavior than a fable unrelated to honesty, in this case “The Tortoise and the Hare.”

Only the apocryphal tale about a young George Washington seemed to inspire the kids to admit to peeking: Children who heard the tale in which the future first president is praised for confessing his transgression were three times more likely to tell the truth than their peers who heard other stories.

An additional experiment indicated that the positive focus of the George Washington story was responsible for kids’ honest behavior. When the researchers changed the ending so that it took a negative turn, children who heard the story were no longer more likely to admit to peeking.

Talwar believes that the original story about George Washington is effective because it demonstrates “the positive consequences of being honest by giving the message of what the desired behavior is, as well as demonstrating the behavior itself.”

“Our study shows that to promote moral behavior such as honesty, emphasizing the positive outcomes of honesty rather than the negative consequences of dishonesty is the key,” adds Lee. “This may apply to other moral behaviors as well.”

Still, they have been quick to take advantage of the findings. Talwar reports a shift in her own parenting practices:

“It really seems to work. I use this now with my child.”

This research was supported by grants from the Social Sciences and Humanities Research Council of Canada to K. Lee and V. Talwar.

In addition to Lee and Talwar, co-authors include Anjanie McCarthy and Ilana Ross of the University of Toronto, Angela Evans of Brock University, and Cindy Arruda of McGill University.

thanks for helping us student in completing our assignments. i really thank you