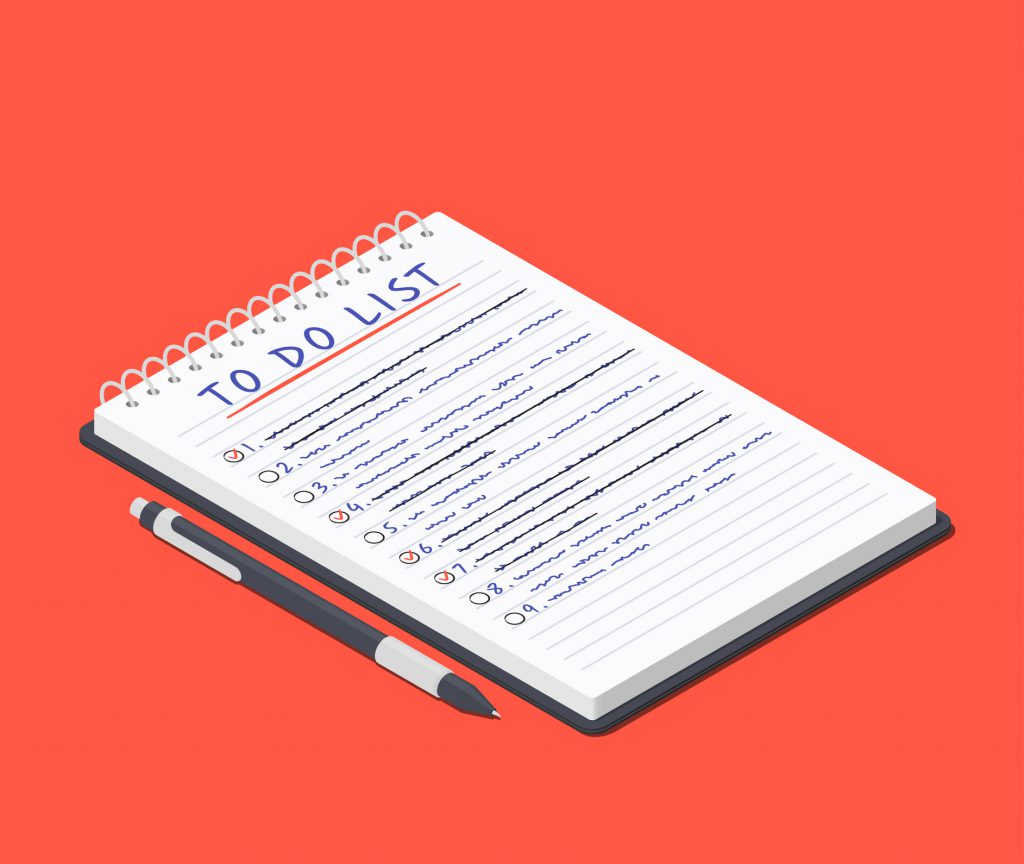 Putting off tasks until later, or procrastination, is a common phenomenon — but new research suggests that “pre-crastination,” hurrying to complete a task as soon as possible, may also be common.

“Most of us feel stressed about all the things we need to do — we have to-do lists, not just on slips of paper we carry with us or on our iPhones, but also in our heads,” says psychological scientist and study author David Rosenbaum of Pennsylvania State University.

“Our findings suggest that the desire to relieve the stress of maintaining that information in working memory can cause us to over-exert ourselves physically or take extra risks.”

Rosenbaum and colleagues Lanyung Gong and Cory Adam Potts were conducting research to explore the trade-off between the weight of a load and how far people would carry it. In testing their experimental setup, the researchers stumbled on a surprising finding: Participants often chose the action that took more physical effort, choosing the near bucket even though that meant they would have to carry it further.

Intrigued by the counterintuitive finding, they decided to investigate the phenomenon further.

The researchers conducted a total of 9 experiments, each of which had the same general setup: College student participants stood at one end of an alley, along which two plastic beach buckets were stationed. The students were instructed to walk down the alley without stopping and to pick up one of the two buckets and drop it off at the endpoint.

In the first three experiments, participants showed an overwhelming tendency to choose whichever bucket had the shorter approach distance, which translated to the longer carrying distance in these experiments.

The researchers were able to rule out various potential explanations, including problems with hand-foot coordination and differences in attention, in subsequent experiments.

When the students were asked to explain why they chose the bucket they did, they often said that they “wanted to get the task done as soon as they could.”

“Our findings indicate that while our participants did care about physical effort, they also cared a lot about mental effort,” says Rosenbaum. “They wanted to complete one of the subordinate tasks they had to do, picking up the bucket, in order to finish the entire task of getting the bucket to the drop-off site.”

Picking up a bucket may seem like a trivial task, but Rosenbaum speculates that it still stood out on participants’ mental to-do lists:

“By picking up the near bucket, they could check that task off their mental to-do lists more quickly than if they picked up the far bucket,” he explains. “Their desire to lighten their mental load was so strong that they were willing to expend quite a bit of extra physical effort to do so.”

The findings raise several additional questions that Rosenbaum and colleagues hope to investigate, such as: What’s the relationship between procrastination and pre-crastination?

The researchers also want to examine whether physical ability limitations might play a role in the effect:

“If it’s a big deal for someone to carry a load a long distance, then he or she may be more judicious in their decision-making,” Rosenbaum explains. “Elderly or frail people may therefore have better memory management abilities than more able-bodied individuals.”