Study results that challenge the idea that bilingual speakers have a cognitive advantage are less likely to be published than those that support the bilingual-advantage theory, according to new research published in Psychological Science, a journal of the Association for Psychological Science. This research suggests that a publication bias in favor of positive results may skew the overall literature on bilingualism and cognitive function.

“Publishing only ‘successful’ studies means that we do not have access to many valuable studies that could increase our understanding of the actual effects of bilingualism,” says lead researcher Angela de Bruin of Edinburgh University. “The ‘bilingual advantage’ has received much attention and is now often considered to be common wisdom. Especially because of its societal relevance, it is important to realize that our interpretation of these advantages may be biased by the type of studies published.” 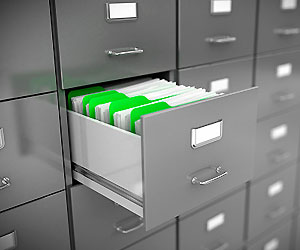 Many published studies have shown that bilingual speakers perform better on cognitive tasks related to executive function abilities — such as those involved with attention and the ability to ignore distractions and switch between tasks — when compared to people who are fluent in only one language.

But in informal discussions with colleagues, de Bruin and her co-authors confirmed that study results that fail to support the bilingual advantage often don’t make it to publication. Thus, they never become part of the established scientific literature — a phenomenon known as the “file drawer effect.”

To see if they could find concrete evidence for a publication bias, the researchers decided to compare studies presented at conferences with those that are eventually published. They identified 104 conference abstracts describing studies on bilingualism and executive control in any age group, presented between 1999 and 2012. They then looked to see which of those studies were accepted for publication in an international scientific journal on or before February 2014.

While 52 of the studies reported in the abstracts were accepted for publication, analyses indicated that some studies were much more likely to make it to publication than others.

The difference in publication rates couldn’t be explained by the specific tasks or the sample sizes used in the studies.

De Bruin and colleagues note that the different rates of publication could result from bias at various points in the publication process. Researchers may choose to submit only those studies that show a positive result, leaving studies with null findings to languish in the file cabinet. It’s also possible that journal reviewers and editors are more likely to accept positive findings and reject null findings in deciding what to publish.

Ultimately, the findings suggest that the commonly accepted view that bilingualism confers a cognitive advantage may not accurately reflect the full body of existing scientific evidence.

According to de Bruin, these findings underscore how essential it is to review the published scientific literature with a critical eye, and how important it is that researchers share all of their findings on a given topic, regardless of the outcome.

“All data, not just selected data that supports a particular theory, should be shared, and this is especially true when it comes to data regarding issues that have enormous societal relevance and implications, such as bilingualism,” de Bruin and colleagues conclude.