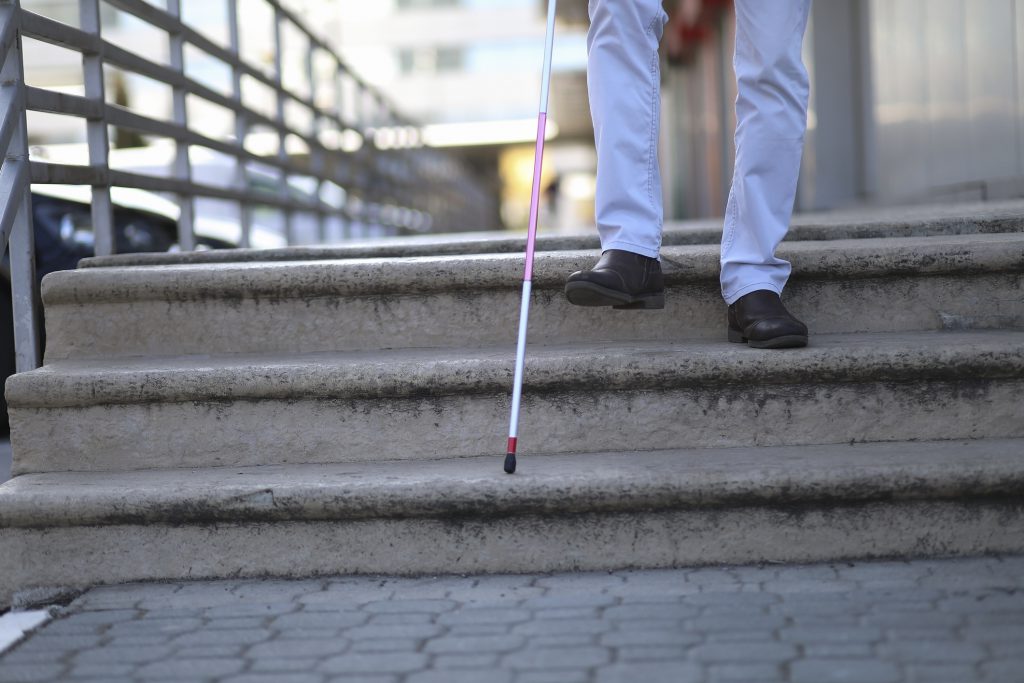 Human echolocation operates as a viable “sense,” working in tandem with other senses to deliver information to people with visual impairment, according to research published in Psychological Science.

Ironically, the proof for the vision-like qualities of echolocation came from blind echolocators wrongly judging how heavy objects of different sizes felt.

The experiment, conducted by psychological scientist Gavin Buckingham of Heriot-Watt University in Scotland and his colleagues at the Brain and Mind Institute at Western University in Canada, demonstrated that echolocators experience a “size-weight illusion” when they use their echolocation to get a sense of how big objects are, in just the same way as sighted people do when using their normal vision.

“Some blind people use echolocation to assess their environment and find their way around,” said Buckingham. “They will either snap their fingers or click their tongue to bounce sound waves off objects, a skill often associated with bats, which use echolocation when flying. However, we don’t yet understand how much echolocation in humans has in common with how a sighted individual would use their vision.”

The researchers had three groups taking part in the experiment: blind echolocators, blind non-echolocators, and control subjects with no visual impairment. All three groups were asked to judge the weight of three cubes which were identical in weight but differed in size.

“The blind group who did not echolocate experienced no illusion, correctly judging the boxes as weighing the same amount as one another because they had no indication of how big each box was,” said Buckingham. “The sighted group, where each member was able to see how big each box was, overwhelmingly succumbed to the ‘size-weight illusion’ and experienced the smaller box as feeling a lot heavier than the largest one.”

The findings are consistent with earlier work showing that blind echolocators use “visual” regions of their brain when listening to their own echoes. This new work shows that echolocation is not just a functional tool to help visually-impaired individuals navigate their environment, but actually has the potential to be a complete sensory replacement for vision.