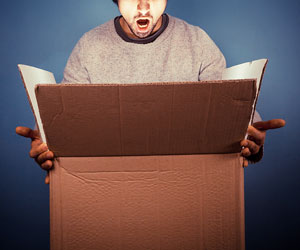 Curiosity is a powerful motivator, leading us to make important discoveries and explore the unknown. But new research shows that our curiosity is sometimes so powerful that it leads us to choose potentially painful and unpleasant outcomes that have no apparent benefits, even when we have the ability to avoid these outcomes altogether.

“Just as curiosity drove Pandora to open the box despite being warned of its pernicious contents, curiosity can lure humans—like you and me—to seek information with predictably ominous consequences,” explains study author Bowen Ruan of the Wisconsin School of Business at the University of Wisconsin-Madison.

Previous research had shown that curiosity drives people to seek out miserable experiences, including watching horrible scenes and exploring dangerous terrain. Ruan and co-author Christopher Hsee at the University of Chicago Booth School of Business hypothesized that this curiosity stems from humans’ deep-seated desire to resolve uncertainty regardless of the harm it may bring.

To test this hypothesis, the researchers designed a series of experiments that exposed participants to a variety of particularly unpleasant outcomes.

In one study, 54 college student participants came to the lab and were shown electric-shock pens that were supposedly left over from a previous experiment; they were told that they could click the pens to kill time while they waited for the “real” study task to begin.

Other participants, however, saw 10 pens that all bore yellow stickers and were told that some of the pens had batteries while others didn’t. In this case, the outcome of clicking each pen was uncertain.

A second study, in which students were shown 10 pens of each color, confirmed these results. Once again, students clicked more of the uncertain outcome pens than the pens that were clearly identified.

To find out whether the findings would hold under other conditions and whether resolving curiosity would indeed make participants feel worse, the researchers designed a third study involving exposure to pleasant and unpleasant sounds. Participants saw a computer display of 48 buttons, each of which played a sound when clicked. Buttons labeled “nails” would play a sound of nails on a chalkboard, buttons labeled “water” played a sound of running water, and buttons labeled “?” had an equal chance of playing either sound.

Additional findings suggest that asking people to predict the consequences of their choices might dampen the power of their curiosity. Participants in an online study were presented with obscured pictures of unpleasant-looking insects—such as centipedes, cockroaches, and silverfish—and they could click on image to reveal the insect.

As in the previous studies, participants faced with uncertain outcomes clicked on more pictures (and felt worse overall); but when they had to predict how they would feel about their choice first, they clicked on relatively fewer pens (and felt happier overall).

Together, the findings from this series of simple experiments make a big point: While curiosity is often seen as a human blessing, it can also be a human curse. Many times, we seek out information to satisfy our curiosity without considering what will happen when we do.

“Curious people do not always perform consequentialist cost-benefit analyses and may be tempted to seek the missing information even when the outcome is expectedly harmful,” Ruan and Hsee write in their paper.

“We hope this research draws attention to the risk of information seeking in our epoch, the epoch of information,” Ruan concludes.