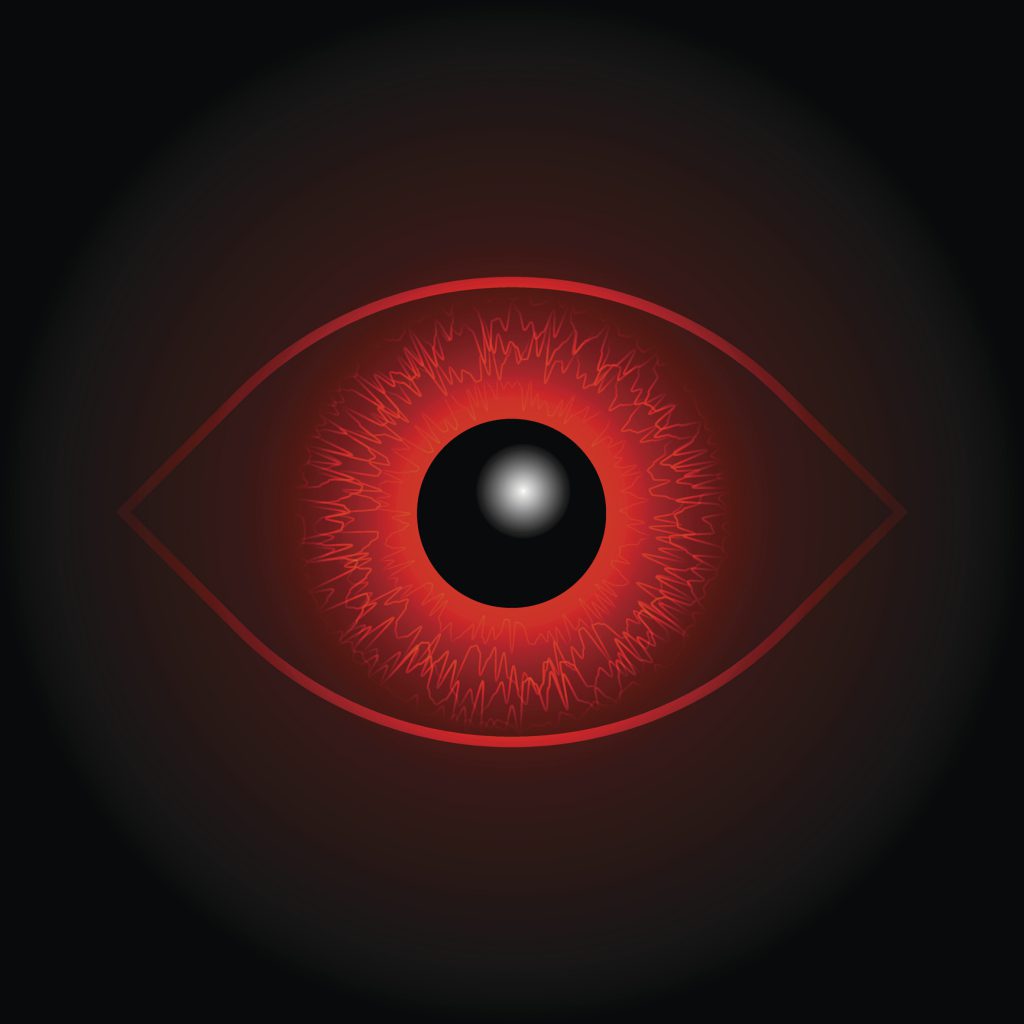 The width of blood vessels in the retina, located at the back of the eye, may indicate brain health years before the onset of dementia and other deficits, according to a new study published in Psychological Science, a journal of the Association for Psychological Science.

Research shows that younger people who score low on intelligence tests, such as IQ, tend to be at higher risk for poorer health and shorter lifespan, but factors like socioeconomic status and health behaviors don’t fully account for the relationship. Psychological scientist Idan Shalev of Duke University and colleagues wondered whether intelligence might serve as a marker indicating the health of the brain, and specifically the health of the system of blood vessels that provides oxygen and nutrients to the brain.

To investigate the potential link between intelligence and brain health, the researchers borrowed a technology from a somewhat unexpected domain: ophthalmology.

Shalev and colleagues used digital retinal imaging, a relatively new and noninvasive method, to gain a window onto vascular conditions in the brain by looking at the small blood vessels of the retina, located at the back of the eye. Retinal blood vessels share similar size, structure, and function with blood vessels in the brain and can provide a way of examining brain health in living humans.

The researchers examined data from participants taking part in the Dunedin Multidisciplinary Health and Development Study, a longitudinal investigation of health and behavior in over 1000 people born between April 1972 and March 1973 in Dunedin, New Zealand.

The results were intriguing.

Having wider retinal venules was linked with lower IQ scores at age 38, even after the researchers accounted for various health, lifestyle, and environmental risk factors that might have played a role.

Surprisingly, the data revealed that people who had wider venules at age 38 also had lower IQ in childhood, a full 25 years earlier.

It’s “remarkable that venular caliber in the eye is related, however modestly, to mental test scores of individuals in their 30s, and even to IQ scores in childhood,” the researchers observe.

The findings suggest that the processes linking vascular health and cognitive functioning begin much earlier than previously assumed, years before the onset of dementia and other age-related declines in brain functioning.

“Digital retinal imaging is a tool that is being used today mainly by eye doctors to study diseases of the eye,” Shalev notes. “But our initial findings indicate that it may be a useful investigative tool for psychological scientists who want to study the link between intelligence and health across the lifespan.”

The current study doesn’t address the specific mechanisms that drive the relationship between retinal vessels and cognitive functioning, but the researchers surmise that it may have to do with oxygen supply to the brain.

“Increasing knowledge about retinal vessels may enable scientists to develop better diagnosis and treatments to increase the levels of oxygen into the brain and by that, to prevent age-related worsening of cognitive abilities,” they conclude.