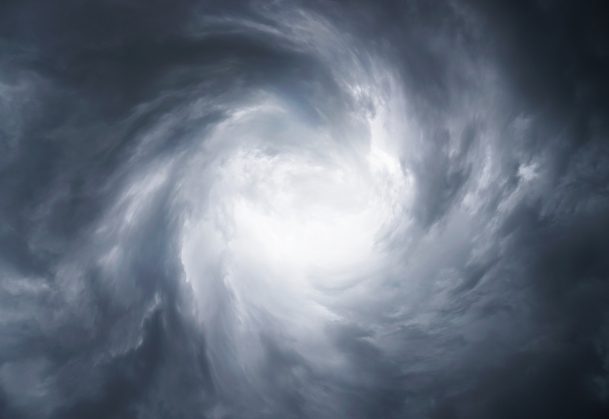 Extreme weather may lead people to think more seriously about climate change, according to research. In the wake of two major hurricanes in the eastern United States, residents were more likely to show support for a politician running on a “green” platform, and expressed a greater belief that climate change is caused by human activity.

This research, published in Psychological Science, suggests that traumatic weather events may have the power to shift people’s automatic attitudes — their first instincts — in favor of environmentally sustainable policies.

Though scientists are in near-unilateral agreement that human activity contributes to climate change, the relationship isn’t as clear to many politicians and citizens. This translates into lackluster support for environmental policies, especially when the short-term consequences amount to higher taxes.

“Americans tend to vote more from a self-interested perspective rather than demand that their government affect change,” says lead researcher Laurie Rudman of Rutgers University.

In 2010, Rudman and her colleagues Meghan McLean and Martin Bunzl surveyed over 250 Rutgers undergraduate students, measuring their attitudes toward two politicians, one who favored and another who opposed environmental policies that involve tax increases. The researchers asked the students whether they believed that humans are causing climate change, and they also had the students complete a test intended to reveal their automatic, instinctual preferences toward the politicians.

Though most students said they preferred the green politician, their automatic preferences suggested otherwise. The automatic-attitudes test indicated that the students tended to prefer the politician who did not want to raise taxes to fund environment-friendly policy initiatives.

After Hurricanes Irene and Sandy devastated many areas on the Eastern Seaboard in 2012, Rudman and colleagues wondered whether they would see any differences in students’ attitudes toward environmental policies.

“It seemed likely that what was needed was a change of ‘heart,’” Rudman explains. “Direct, emotional experiences are effective for that.”

In contrast with the first group, students tested in 2012 showed a clear preference for the green politician, even on the automatic attitudes test. And those students who were particularly affected by Hurricane Sandy – experiencing power outages, school disruptions, even damaged or destroyed homes – showed the strongest preference for the green politician.

“Not only was extreme weather persuasive at the automatic level, people were more likely to base their decisions on their gut-feelings in the aftermath of Sandy, compared to before the storm,” Rudman explains.

While they don’t know whether the first group of students would have shown a shift in attitudes after the storms, the researchers believe their findings provide evidence that personal experience is one factor that can influence instinctive attitudes toward environmental policy. If storms do become more prevalent and violent as the climate changes, they argue, more people may demand substantive policy changes.

Waiting for severe storms to shift the public’s opinions on policy changes might be a sobering reality, but Rudman and her colleagues are more optimistic.

“Our hope is that researchers will design persuasion strategies that effectively change people’s implicit attitudes without them having to suffer through a disaster,” Rudman concludes.

News > Latest Research News > After the Storms, A Different Opinion on Climate Change

There is information on atmospheric control through IT search engines, the simplest of this being through cloud seeding. Another body of knowledge on such a matter comes from Peter Andrews’ natural sequence principles. It is time agrarian husbandry and economics included atmospheric care by harnessing such info
It is time we believed in principles of damage and predictive event reversal rather than a more gloomy “nothing is going to change, only get worse” attitude. We don’t need to change our mining and our industry (except make them cleaner and enviro sustainable) we need positive assignments, a win win mutual respect agreements in caring for and in working, the land.

Surviving Ourselves When the Climate Changes

What happens after, during, and before natural disasters. More