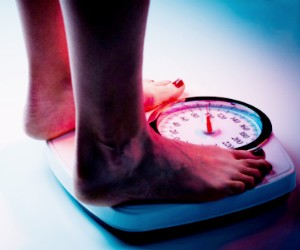 Overweight individuals often face discrimination across many stages of their careers. Compared to their thinner colleagues, people who are overweight are less likely to be hired, less likely to be promoted, and ultimately earn lower wages.

A new study suggests this weight-based bias may even extend to judgments of competence. Psychological scientists Emma Levine and Maurice Schweitzer of the Wharton School at the University of Pennsylvania found that people gave overweight individuals low ratings for competence, regardless of their qualifications or performance.

“Organizational research on stereotypes and diversity has been surprisingly silent with respect to weight,” Levine and Schweitzer write. “We demonstrate that obesity is intricately linked with perceptions of low competence and that this association not only reflects a bias, but also triggers interpersonal reactions that are far more nuanced than prior work has assumed.”

Levine and Schweitzer argue that this negative bias may be based on people’s beliefs that obese individuals are lazy or lack self-control. People may see obesity as a character flaw or a choice—leading them to unfairly associate obesity with low competence.

In an online study, the researchers pulled official photos from 158 contestants from 100 games of the TV trivia quiz show Jeopardy! played between 2005 and 2012. In the game, contestants accumulate money by answering general knowledge questions correctly. The contestant with the most money at the end of each episode wins, keeping their total earnings.

Two hundred participants were asked to predict the winning contestant in 10 different games of Jeopardy!. Participants picked the winner for each game based on the three photographs of the Jeopardy! contestants who had actually competed against each other. After participants chose the winner of each game, they rated each of the contestants on their perceived competence.

Participants were incentivized to try to pick the real winner with the offer of a small cash prize for each correct guess.

Two trained raters then assessed the body weight and physical attractiveness for each of the Jeopardy! contestants using a previously validated 9-point Body Mass Index (BMI) scale. This provided a standardized measure so that attractiveness and weight could be assessed and controlled for separately.

Even though there was no relationship between a contestant’s weight and their performance on the game, study participants showed a significant bias against contestants based on their weight: As contestant weight increased, perceived competence decreased.

“We demonstrate that the association between obesity and low competence is unjustified. Individuals expect obese targets to perform poorly in competitive settings, but we find no relationship between weight and actual performance,” writes Levine and Schweitzer. “In other words, we document the existence of a bias.”

In a separate study, the researchers asked participants to evaluate the competence of potential job candidates and, again, weight bias seemed to impact how the candidates were perceived. The researchers found that both men and women showed this weight bias, and even participants who were overweight themselves consistently showed a bias against obese job applicants.

The findings do suggest, however, that one characteristic may help people counter this negative bias: coming across as particularly warm.

When an overweight job candidate’s resume included information showing them to be warm and friendly, the competence bias disappeared. As perceptions of warmth increased, so did perceptions of obese applicants’ competence.

“We document substantial benefits from displays of warmth. We find that signaling warmth can curtail stigma associated with low competence, and that this may be more effective for shifting interpersonal perceptions than actually losing weight,” the researchers write.

However, the researchers note that there may be potential pitfalls to prescribing warmth as a solution to social stigma. Displaying warmth may signal that a stigmatized group is satisfied or happy with their treatment, and this may discourage others from taking steps to overcome bias.