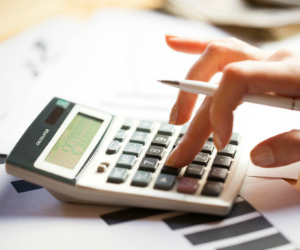 In the 1970s, the Ford Pinto became synonymous with unethical management decisions. Although it was known that the car had an unfortunate tendency to explode in rear-end collisions, Ford went ahead with production after a cost-benefit analysis predicted savings of $11 per car, at a cost of only 180 burn deaths. As a result, several dozen people were injured or killed before the design flaw came to light.

New research suggests that even basic math calculations may significantly increase people’s likelihood of engaging in selfish and unethical behavior.

Researchers Long Wang (City University of Hong Kong) Chen-Bo Zhong (University of Toronto), and J. Keith Murnighan (Northwestern University) hypothesized that number crunching may put people in a “calculative mindset” that makes them more likely to focus on a quantitative approach to solving a problem, overlooking a decision’s interpersonal or moral consequences.

This narrowly focused “crunch the numbers” approach may have unintended negative consequences in the way that organizations approach decision-making. They tested this hypothesis in a series of five experiments.

“After engaging in a calculative task, people in our experiments were increasingly likely to succumb to the temptations of higher payoffs by acting more selfishly or dishonestly,” Wang and colleagues write in the journal Organizational Behavior and Human Decision Processes. “Thus, just as extrinsic, monetary outcomes can crowd out inherent interest in a task, it appears that the mere act of calculating can activate a calculative mindset that crowds out social and moral concerns, resulting in more self-interested, and even immoral behavior.”

For the first experiment, undergraduate students either read a short piece of text – either an economics tutorial on calculating the value of investments or a short description of the history of the industrial revolution – before playing economics games meant to measure their selfish or ethical behavior.

In the Dictator Game, participants were given $10 and told they could share any amount — from nothing to the entire $10 — with a second anonymous player.

Those who had completed the calculation task were far more selfish “dictators” than those in the control task. They were more than three times as likely to keep the entire $10 and give their partner nothing at all.

In a second experiment, participants played a modified Ultimatum Game that gave them the opportunity to lie to another player in order to obtain a higher payoff. Compared to their peers in the reading condition, those in the calculation group lied twice as often in order to take home more cash.

An additional study revealed that this calculative mindset can be induced just by having participants solve straightforward math problems from the GRE.

To test whether the negative effects of the calculative mindset could be reduced, the researchers conducted another experiment in which participants looked at and chose a number of photos of families – which were used to prime them to think of communal values – before completing the calculative or reading tasks.

It appeared that the photos had a marginal, though not statistically significant, effect on behavior. Just as before, participants in the calculation condition kept more money than those in the control condition, but they were slightly less selfish after being primed by the family photos.

While the family photos only had a marginal effect on damping selfish behavior, Wang, Zhong and, Murnighan suggested that future research could further investigate ways to better incorporate moral and social values into the workplace in an effort to curb unethical behavior.

What an interesting blog! I came to this through a link on the University of Maryland Center for Leadership & Organizational Change, while doing some research for my job, and I don’t want to stop reading!