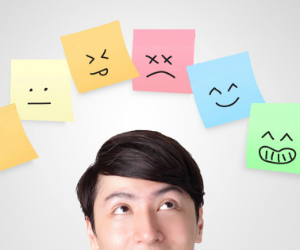 From Gordon Gekko in Wall Street to Miranda Priestly in the Devil Wears Prada, successful people in the workplace are often shown as tough and single-minded, with little concern for the feelings of others. In most fields, intrapersonal “soft skills” are rarely given the same weight as more technical qualifications. But a new study finds that an eye for emotions can really pay off.

After looking at a diverse group of working adults in Germany, an international team of researchers led by University of Bonn psychological scientists Tassilo Momm and Gerhard Blickle found that workers skilled at recognizing emotions brought home bigger paychecks compared to their less emotionally perceptive peers.

“The better people are at recognizing emotions, the better they handle the politics in organizations and the interpersonal aspects of work life, and thus the more they earn in their jobs,” the researchers write in the Journal of Organizational Behavior.

For example, an emotionally perceptive employee may notice that a manager is particularly enthusiastic about a certain project. The employee may pick up on the manager’s excited body language and make an extra effort to successfully complete this project–thus enhancing their relationship and reputation with the boss.

For the study, a group of 142 adult workers from a broad range of industries and positions were recruited. These participants were then asked to identify the emotions of other people based on a series of photos of faces and voice recordings.

Participants were then asked to email surveys to a peer and their supervisor. Peers rated the employees on their political skill (i.e., whether they were socially attuned, sincere, and good networkers) and supervisors rated them on job performance.

The results showed a positive association between employees’ ability to recognize emotions and their social and political skills, as rated by colleagues and supervisors. Notably, better emotion recognition was also associated with higher annual salary.

“Numerous factors affect the income of an employee: biological sex, age, training, weekly working hours, and hierarchical position in the company,” writes Blickle and colleagues. “We controlled for all these variants. The effect of the ability to recognize emotions on income still remained.”

According to the researchers, putting more emphasis in selecting managers and supervisors who are skilled at recognizing emotions may be one way that organizations can potentially enhance cooperation and coordination amongst workers.

“If our study has one overriding message, it is that seeing what others feel and using this information to navigate through the social world of organizations help make people successful at work,” the researchers conclude.