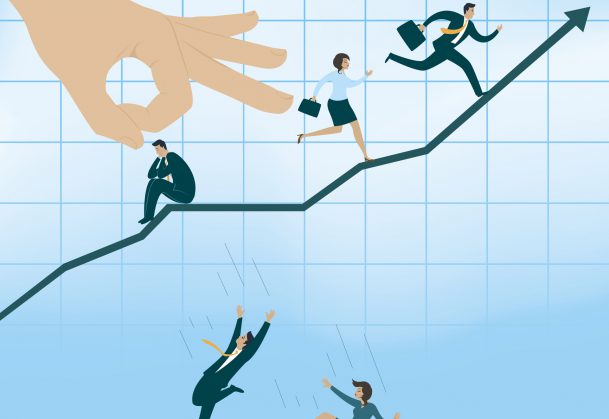 Every school has star pupils who, because of their top grades or their athletic talents, draw resentment and scorn from their classmates instead of admiration. The same phenomenon often occurs in the workplace, as well. Top performers who get promotions and awards also get the contempt from co-workers. While low performers are typically the targets of bullying from their co-workers, studies show that people tagged by their peers as aces are also victimized in one way or another.

Social scientists posit that both high and poor performers become targets of aggression because they violate implicit norms of acceptable performance. The virtuosos leave their colleagues feeling inferior, and the poor performers jeopardize the group’s success.

But are these employees also unknowingly behaving in ways that lead to their mistreatment? A team of behavioral researchers recently set out to answer that question, and to also examine how targeted aggression affects team performance.

Jaclyn Jensen of DePaul University, Pankaj C. Patel of Ball State University, and Jana L. Raver of Queen’s University based their study on a concept known as rational choice theory. This framework, originally applied to criminal behavior, holds that perpetrators evaluate the dangers of harming others, and so find ways to inflict that harm while limiting danger to themselves.

To explore this theory, Jensen and her colleagues surveyed employees at a financial services firm in a large mid-Western US city. All the employees worked in groups that had specified performance targets, with incentives at both the individual and group level for meeting or exceeding those goals.

The researchers gleaned results from 576 group members and 62 group supervisors. They asked workers whether or not they had been the target of aggressive behaviors from colleagues during the previous month. The employees also answered questions designed to identify their level of benevolence or generosity versus their sense of entitlement. Meanwhile, the researchers had supervisors rate the amount of effort each of their individual employees put into the job.

As expected, the research team found evidence that employees did indeed punish peers who stepped outside of performance norms, either by exceeding them or falling far short of them. But those punishments were carried out in different ways. Low performers were more likely to suffer overt victimization (e.g. swearing, yelling, threats) while excellent performers tended to experience subtle or covert aggression, such as sabotage, ostracism, or “back-stabbing.”

This indicates that employees choose elusive ways of harming high-performing colleagues because the risks of open bullying are high; top performers tend to have more organizational support and protection, and they also foster the group’s overall success.

The researchers had predicted that people, no matter their performance level, would be less vulnerable to bullying if they acted with a strong degree of benevolence. But results showed that this applied only to high performers, suggesting that magnanimous stars are more sensitive to others’ feelings and strive to garner support from teammates rather than play up their superior skills.

Low performers, on the other hand, were bullied regardless of whether their values tended to be benevolent or self-serving. And the aggression only exacerbated their performance problems, creating a cycle of missteps and rebukes. Employees may feel safer openly targeting problem workers, as managers themselves may be frustrated with poor performers and may even tacitly condone their victimization, the researchers suggest.

In another surprise finding, self-serving high-performers were actually more likely to face overt aggression than low performers. From that result, the researchers surmised that highly talented employees irritate colleagues and superiors as much as (or even more than) low performers do, making open hostility against them more acceptable.

In a report in the Journal of Applied Psychology, the researchers say their findings have several practical implications for managers:

“Although good performance is often emphasized, these results suggest concern for high performers and whether or not they ‘have a target on their back.'” they write.

The scientists offer several suggestions for countering workplace bullying. To minimize envy and resentment, for example, they recommend that managers consider avoiding direct comparisons of employees in their performance metrics to minimize envy and resentment. Leaders may also want to pay special attention, they add, to nurturing low performers in order to foster harmony within the team.