News > Minds at Work > Are You a Career Adapter? 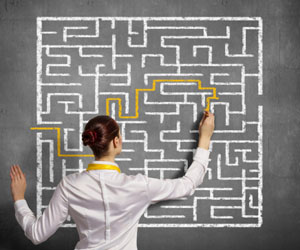 Over the course of your career, you’ll change jobs, get promoted, take on new responsibilities, encounter new technologies, and adjust to new supervisors, co-workers and subordinates. You might assume that your ability to navigate through those changes rests in large part on your personality traits.

But Hannes Zacher, a psychological researcher and lecturer at The University of Queensland in Australia, found that the CAAS had not yet been used to study the effects of career adaptability on subjective career success — the individual’s overall view of their professional achievement. He hypothesized that career adaptability better predicted people’s subjective career success than did their more-fixed personality traits and their fundamental evaluations of their abilities.

With the help of a research company, Zacher collected survey responses from 1,723 Australian workers of various ages, levels of educational attainment, and occupations. Participants were asked to rate their level of career satisfaction and how their boss would rate their career performance. They then answered several questions from the CAAS, rating themselves on the dimensions of concern, control, curiosity and confidence.

Finally, the participants answered some questions on a standard personality scale, and also filled out a self-evaluation of their career success.

As Zacher describes in a newly published report in Journal of Vocational Behavior, participants who scored higher on the career adaptability scale indeed were more likely to feel satisfied with their careers and their career performance.  And as he suspected, CAAS scores predicted career satisfaction and performance better than demographic characteristics, personality traits and the individuals’ core self evaluations.

More granularly, respondents who scored higher on future preparation and on confidence showed the strongest levels of career satisfaction and self-rated performance. But respondents who scored high on control (self-discipline and persistence) gave themselves slightly lower ratings on career performance. Curiosity had no demonstrable effect on career satisfaction or self-rated success.

Zacher calls for further research, including studies that follow people’s career development and adaptability over several months or years, and in different countries and cultures. But he adds that the CAAS can be used for career education and counseling to measure a client’s career adaptability, and to help individuals better navigate vocational challenges.

News > Minds at Work > Are You a Career Adapter?

I’m having challenges locating the actual assessment. Could you please let me know how to access it. Thank you.