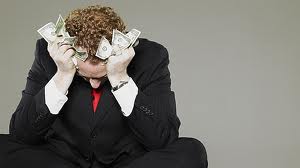 Nobody likes to feel bad. Sadness saps our energy and motivation. Melancholy wrecks our health and invites disease. Misery leaves us—well, miserable. Yet many experts believe that these negative emotions have an upside, that they clarify our thinking and foster more deliberate and careful decision making. Some even say that sadness is a reality check on unwarranted optimism and self-regard.

That’s the so-called “sadder but wiser” theory. But is it true? Isn’t it equally as plausible that sadness and melancholy sabotage some kinds of thinking, and lead to questionable choices and judgments? A team of psychological scientists—Jennifer Lerner of Harvard and Ye Li and Elke Weber of Columbia—call this the “myopic misery” theory. Since sadness arises from a sense of loss, they reason, isn’t it possible that it triggers an unconscious need to replace what’s been lost, and that this need leads in turn to a sense of urgency and impatience—and thus to rushed decisions? They decided to pit the two competing theories against each other in the laboratory.

They tested the effects of sadness on what’s called “inter-temporal discounting rates.” Don’t worry—that’s just jargon for the way we think about rewards and self-control. Most people, if offered $10 a month from now, will accept something less than $10 if they can get their hands on the cash now. But how much less? A slight discount might be a smart deal—even a wise one—but discounting too much for immediate payoff shows impatience, lack of discipline—in short, poor judgment.

The scientists wanted to test the effects of sadness on this kind of financial judgment, so they used a well-tested priming technique—a video tearjerker about the death of a young boy’s mentor—to create feelings of sadness in some volunteers. Others watched a video about an unsanitary toilet to create feelings of disgust; they wanted to compare sadness to disgust in order to rule out the possibility that all negative feelings have the same effect on judgment. Still others, the controls, watched an unemotional video clip.

Then all the volunteers made a couple dozen discounting choices, taking either cash today or a greater amount of cash in the future—anywhere from a week to six months in the future. If the myopic misery theory holds true, the sad volunteers would be expected to show dysfunctional levels of impatience—willingly taking losses that don’t make financial sense. And that’s just what occurred. To put it in plain dollars and cents terms, the typical sad volunteer accepted a mere $37 today rather than wait three months for an $85 payoff. That’s a 43 percent discount—huge. As described in a forthcoming issue of the journal Psychological Science, the typical control (and notably, the typical disgusted volunteer as well) required $56 today to make the same bargain. In other words, those who were unhappy didn’t drive a hard bargain, even though there was real cash on the line. The others showed much more in the way of everyday financial savvy.

So sadder was not wiser in this experiment. But how did the bargainers actually arrive at their decisions, wise or unwise. The scientists explored this in a second experiment. They recruited a national, web-based sample of adults, age 10 to 69, and started with the same priming techniques as before. Then they offered all of them $50 immediately, or a range of greater amounts—up to $105—in three months. So far, this is basically the same experiment as before, but in this study, the scientists asked the volunteers what was going through their minds as they arrived at the various choices. Just before closing the deals, they listed as many thoughts as they could think of—including reasons for taking the cash now and reasons for holding out for more.

This is the first evidence that sadness triggers an unconscious desire to reap rewards as soon as possible—even when this urgency comes at a very real cost, in dollars and cents. But the implications go far beyond personal financial dealings. Irrational impatience leads to widespread social problems, like massive credit card debt and epidemic overeating. Indeed, people make many of the most consequential decisions of their lives in an unhappy “need it now” state-of-mind—a psychological fact that future policy interventions might take into account.

Wray Herbert’s book, On Second Thought, is about irrational decision making. Excerpts from his two blogs—“Full Frontal Psychology” and “We’re Only Human”—appear regularly in Scientific American Mind and The Huffington Post.