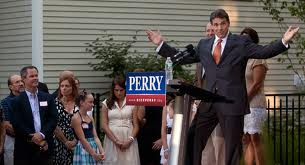 Texas governor and Presidential candidate Rick Perry is ambivalent about the “theory” of evolution. He says that it’s just a one theory that’s out there, on equal footing with creationism. He’s proud of the fact that, in Texas, children are taught both—so they can choose for themselves.

There’s a serious problem with this approach to education, however. It has to do with humans’ very limited ability to weigh probabilities rationally. Calculating likelihoods and odds is tough cognitive work, and we only do it when we must. Years of research on human thinking has shown this. In place of the difficult mental work, the human brain substitutes a powerful urge for simplicity and purpose, called the “design heuristic.” It’s an inner theory of the world, likely rooted in our ancient mind, which is hard to shake.

Here’s just a bit of the voluminous evidence. Work with children has shown that even very young ones have a natural inclination to see the world as purposeful and things like stars and trees and rain primarily in terms of their function instead of their natural causes. Laboratory tests have shown this again and again: when psychologists ask children why mountains exist, most say they exist so animals have a place to climb. In kids’ “theory” of the natural world, trees don’t just happen to provide shade; making shade is their primary purpose. And so forth. In fact, unless there is really good evidence to convince kids otherwise, they want to see everything as having a precise function in the grand scheme of things.

But is this childish yearning for purpose and design simply a sign of cognitive immaturity, a primitive habit of mind that we grow out of as we age and our brains sprout new neuronal connections? Psychologists are very interested in how both kids and grown-ups explain the world, because our theories about stars and eyes and lakes are closely tied to our understanding of creation and creator—our personal cosmology.

Tania Lombrozo of UC-Berkeley suspected that the strong childhood preference for purposeful design might actually be a lifelong default position, one that is eclipsed but doesn’t actually disappear as we gain experience and learn nature’s laws—gravity and plate tectonics and natural selection, for example—that constrain our explanations of things. And she figured out a way to test this provocative idea.

Lombrozo decided to study patients with Alzheimer’s disease. She figured that dementia would weaken the entrenched causal beliefs of adulthood, and that with their beliefs so compromised, adults would show their true cognitive colors. To test this idea in the laboratory, she gave Alzheimer’s patients the same cognitive tests that are used with children, basically consisting of a series of questions with two possible answers. For example, she might ask, “Why is there rain? Is it because water condenses in clouds and forms droplets, or does rain exist so we will have water for drinking?” Other questions she used: “What is the sun for? How about trees?”

Well, guess what. Alzheimer’s patients think the primary purpose of rain is to provide drinking water, that trees exist to provide shade and that the sun is up in the sky for the sole purpose of keeping us warm. Mentally healthy adults, by contrast, while they know the sun warms us, also know the sun does not exist for that reason. It’s an important distinction. The Alzheimer’s patients’ thinking mirrors the rudimentary thinking of children, and suggests that the urge for design and functionality is never really outgrown. There is a fundamental human urge to comprehend the world as purposeful.

There is an intriguing twist, however. Lombrozo did a second study with the same people, asking whether the order in the universe was caused by God or by some process like evolution or plate tectonics. In other words, do design and purpose require a designer? And the answer appears to be no. Even though the patients tended to see the world as designed and purposeful, they were no more likely to presume that a supernatural designer is behind the natural order of things. So our lifelong impulse is to see the world as ordered and purposeful; some of us add the God part on, but it’s not necessary to explain the brain’s urge for order.

Yet a lot of people—and many societies—do add the God part on, as a way to explain this basic cognitive urge. For example, psychologists have found that in cultures where formal education is limited, people often prefer purposeful explanations of things, presumably because they remain scientifically naive. Lombrozo believes the same fundamental impulse explains the appeal of “intelligent design” creationism, the worldview that rejects evolutionary theory in favor of a design explanation of life’s complexity. Though scientifically indefensible, this view is understandable as a persistence of the basic human impulse to infer order.

The article misses one major point: The “persistence of the basic human impulse to infer order” is the basis for science itself: Physics, chemistry, biology, and–yes–even psychology presuppose an order that can be studied.

Interesting confusion of method and purpose. You can never answer a “Why?” question with a “How” model. Q: Why did the chicken cross the road? A: One step at a time. It doesn’t work and it is not good science — or good logic. All the science in the world will not rule out purpose, or a designer/creator. The evolution model is not falsifiable, and “teleologically indefensible.” If there is design and purpose in the universe, would we not experience our sense of it as natural?

Fascinating study. The brain’s search for simplicity as a means of energy consumption. This would explain the every increasing demand for TV programs that require no thought – because the mind is searching for the path with least resistance. No point mentioning this to a creationist whose denial mindset has its beliefs so inflexibly entrenched in myth that if God him/herself came down and denied it they would assume it was a false prophet of some kind.

Are there any books that go more into depth about these kind of heuristics as the basis for people with poor reality testing (conspiracy theorists, for example), and especially about how to effectively communicate and dialog with people that just don’t seem to be wired for critical thinking?